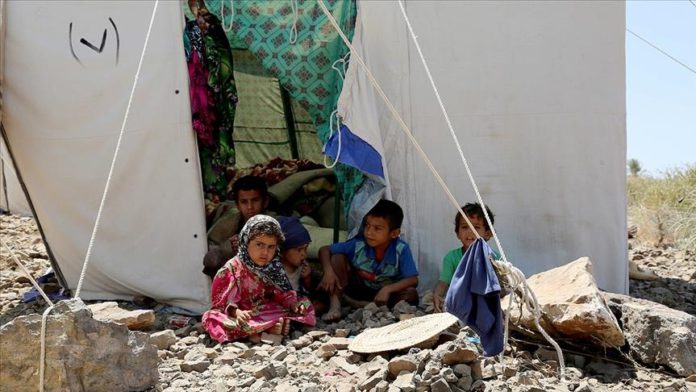 A 7-year civil war and funding cuts are aggravating the suffering of millions of Yemeni civilians, who desperately need more aid to survive.

A virtual conference was held by the UN and co-hosted by Sweden and Switzerland on March 1 to raise $3.85 billion to help civilians in Yemen fell far short of its aid goal.

The donor conference managed to secure only $1.7 billion for a country described as the world’s worst humanitarian crisis.

“Funding was less than what we received for the humanitarian response plan in 2020 and a billion dollars less than what was pledged at the conference we held in 2019,” Guterres said in a statement.

Nabil Albokairi, a Yemeni researcher, blamed the ongoing military conflict and lack of trust for the funding cuts.

“The most significant reasons are the prolonged war, and the lack of trust between donors and operating organizations, especially after major corruption scandals in the record of some international organizations and their staff,” Albokairi told Anadolu Agency.

Mohammed Alahmadi, a Yemeni activist, cited the coronavirus pandemic as another reason for the funding shortage.

“The consequences of the coronavirus pandemic, and the absence of any tangible impacts of the relief efforts during the past five years, are contributing reasons for this shortfall,” he said.

“As the war continues, the humanitarian tragedy worsens day after day,” Alahmadi said.

“Yemen is definitely not a poor country, but it has many wasted resources. The war played a role in stopping the revenues coming from these resources,” he said.

“The [Saudi-led] coalition’s agenda to halt most of the county’s financial resources such as airports, seaports and land crossings also contributes to the shortage of covering the state’s financial needs.

“Freeing these revenue resources and restarting exports of oil and gas will undoubtedly supplement the state treasury with big money,” Albokairi said.

Yemen’s offshore oil and gas deposits are estimated to contain billions of barrels of oil and gas. However, for the last five years, Yemen’s airports and seaports remain under a full control of the Saudi-led coalition.

“The Saudi-Emirati coalition continues to deny Yemen’s sovereignty over its airports and transformed some of them to military bases such as Al-Rayyan Airport in Al-Mukalla and Al-Ghaydah Airport in Al-Mahra, and the UAE is still controlling Al-Mokha and Balhaf seaports,” Alahmadi said.

“Hudaydah port remains under the control of the Houthi militias who use the port’s revenues to finance their war activities,” he added.

Humanitarian catastrophe
Observers believe that instead of getting few donations from Saudi Arabia and the UAE, the two countries should allow the internationally recognized government to reopen its ports and restart oil and gas exports, which will provide Yemen with billions of dollars to cover its financial needs.

The funding shortfall has raised deep concerns about a humanitarian catastrophe in famine-ravaged Yemen.

“For most people, life in Yemen is now unbearable. Childhood in Yemen is a special kind of hell. Yemeni children are starving,” said Guterres.

Alahmadi believes that “donor conferences to support the humanitarian response have become one of the manifestations of the international community’s failure to assume responsibility towards putting an end to the roots of the Yemeni tragedy.”

“With appreciation for all relief efforts to alleviate the war impact on Yemen, these conferences do not address the Yemeni problem as much as they deal with the problem of funding the UN agencies, in which most of their budgets go to their operating expenses and salaries, but those who deserve helping receive only crumbs,” he said.