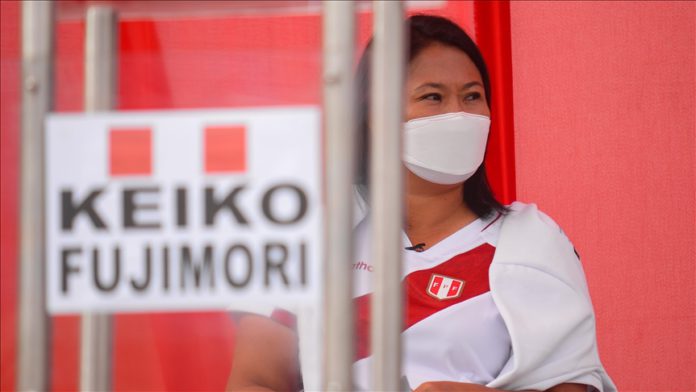 The candidate for the conservative Popular Force party, Keiko Fujimori, said Monday that she will recognize the results of Peru’s presidential election.

The country’s electoral authority said it would announce the winner of the election this week after it rejected Fujimori’s appeals to annul the results, which means the ascent of leftist candidate Pedro Castillo to power is imminent.

“I announce that, fulfilling my commitments assumed with all Peruvians, with [acclaimed Peruvian novelist] Mario Vargas Llosa, with the international community, I will recognize the results because it is what the law and the Constitution that I have sworn to defend,” she said in a statement.

Peruvians finally elected a president after an intense election that left the country in suspense for days.

Castillo won against right-wing Fujimori, the daughter of former Peruvian President Alberto Fujimori. According to the country’s electoral authority, Castillo garnered 50.126% of the vote compared with Fujimori’s 49.874%.

“What we have to do now is to face a new stage together, which will be very difficult because communism does not come to power to let it go. That is why they want to impose a new Constitution on us,” Fujimori added.

Castillo, a rural school teacher and union leader, maintained a razor-thin edge over Fujimori since the second round election held on June 6, defeating Fujimori by 44,263 votes.

“In the next few days, magistrates of the Electoral Jury will validate a process full of irregularities that unfortunately will generate serious consequences in our country,” said Fujimori, who has accused the left-wing candidate of election fraud.

Castillo has strongly denied the claims.

An inter-American mission did not report irregularities in the vote.

Peru has been immersed in political turmoil with four presidents in the last five years. Last year, congress pushed through an impeachment process against former President Martin Vizcarra, which forced him to step down.

The election also took place amid a deep economic and social crisis as the nation struggles to stem a surge in COVID-19 infections. Two million people have lost their jobs during the pandemic and nearly a third now live in poverty, according to official figures.

The new president will assume office on July 28.