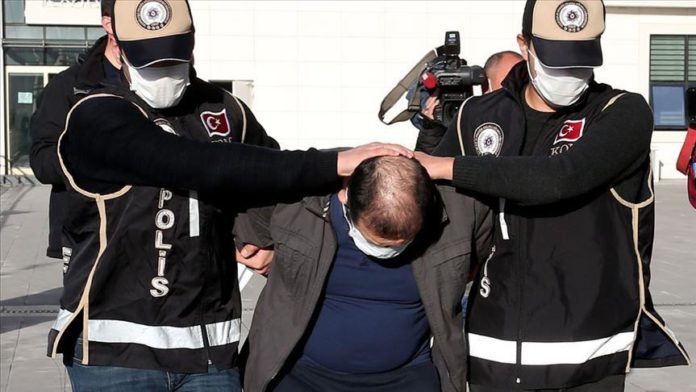 A co-founder of a bank linked to the Fetullah Terrorist Organization (FETO), the group behind a defeated 2016 coup, was arrested by Turkish police, security sources said on Saturday.

Turkish police arrested Kamil Yavuz M. carrying a fake ID in the Cankaya district of the capital Ankara, said the source, who asked not to be named due to restrictions on speaking to the media.

The suspect, a co-founder of Bank Asya, was accused of being a senior member of the terrorist group and using ByLock, the group’s encrypted smartphone messaging app.

The suspect allegedly continued to take part in the group and frequently changed addresses to avoid arrest.

Separately, two suspects accused of helping FETO suspects to flee to Greece by rubber boat on Aug. 16 were arrested in the northwestern province of Canakkale.