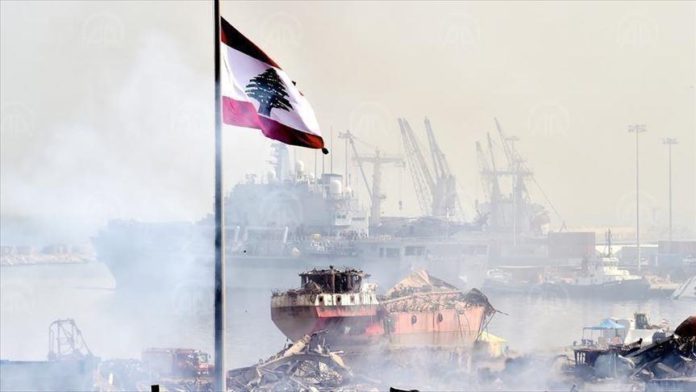 At least 28 people were killed when a fuel tanker exploded in northern Lebanon, a medical source told Anadolu Agency on Sunday.

Caretaker Health Minister Hamad Hasan earlier put the death toll from the blast at 22 and 79 others injured.

The minister said some of those injured in the explosion were in critical condition.

The tanker exploded in the Akkar region in the north of the country early Sunday, the Lebanese Red Crescent said in a statement.

According to the official Lebanese news agency, rescuers were still searching for missing people following the blast. Circumstances of the tanker explosion are still unclear.

The Lebanese army said it arrested the son of the owner of the land in Talali town where the explosion took place.

Meanwhile, Lebanese President Michel Aoun called for an emergency meeting of the country’s Supreme Council for Defense to discuss the repercussions of the blast.

For his part, Prime Minister-designate Najib Mikati said the blast was the result of the exploiters of the country’s fuel crisis.

Former Prime Minister Saad Hariri tweeted that, “The Akkar massacre is no different from the Beirut Port massacre.”

“If there had been a state that respected people in both killings, the authorities would have resigned, from the president to the last person responsible for this negligence. The glass is overflowing. The lives and security of Lebanese are at the top of all priorities,” he said.

Jibran Basil, the leader of the Christian Free Patriotic Movement, said on Twitter that the country’s “hearts are with the people of Akkar.”

“We commemorate the martyrs with mercy and wish immediate healing to the wounded,” he wrote on Twitter.

Lebanon has been unable to form a new administration since the resignation of Hassan Diab’s cabinet on Aug. 10, 2020, six days after the massive Beirut port blast.

The Arab country is facing a severe economic crisis, with the local currency losing nearly all of its value against the dollar, and streets witnessing massive protests and rallies.

A foreign currency shortage and devaluation of the currency have caused the central bank’s dollar reserves to dwindle from an average of $38 billion at the end of 2019 to its current average of $16 billion.

Official estimates put the cost of the Lebanese subsidy program for basic materials at about $6 billion annually, half of which goes to subsidize fuel.

The bank has supported fuel imports by securing the dollar for importers at an exchange rate of 3,900 pounds ($2.59) per dollar, while its exchange rate in the parallel market in recent days topped 20,000 pounds ($13.30).

Observers say lifting fuel subsidies would raise the prices of other goods and services that depend on fuel to generate electricity for production such as factories and private bakeries.