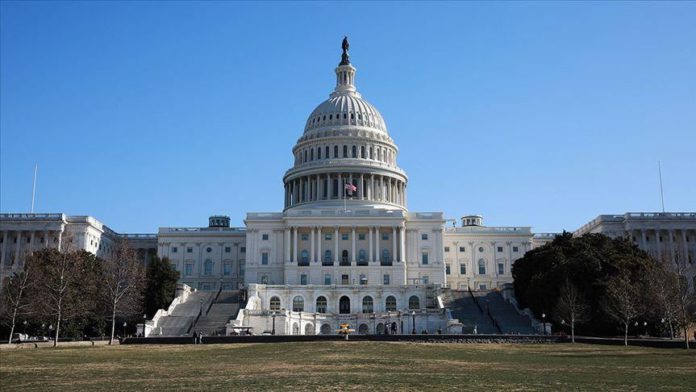 US lawmakers with strong ties to Israel have worked for two years to sabotage American relations with NATO ally Turkey and even not transparently worked behind the scenes to block arms sales.

Four key congressmen have clandestinely worked to freeze “all major US arms sales to Turkey for nearly two years in a move to pressure Ankara to abandon its Russian-built S-400 air defense system,” according to a report by US-based Defense News.

Turkey decided in 2017 to purchase the anti-missile system following protracted efforts to purchase an American defense system had no success. US President Donald Trump emphasized on multiple occasions it was the fault of the Barack Obama administration to ignore Turkey’s request to purchase the US-made Patriots system.

During his second term, Obama turned a blind eye to all national security claims by Turkey and instead of treating Ankara as a NATO ally, it financially and militarily supported the YPG/PKK terror group in northern Syria at the expense of Turkey and provided shelter to key members of the Fetullah Terrorist Organization (FETO) which Ankara accuses of masterminding a defeated military coup in July 2016.

FETO’s brutal military coup attempt left 251 Turks dead and more than 2,200 wounded in less than 12 hours July 15. The terror group’s leader Fetullah Gulen still lives in the US state of Pennsylvania, with US officials turning a deaf ear to Turkey’s extradition requests.

Anti-Turkey lawmakers all cite Ankara’s purchase of the S-400 and its alleged proximity to Russia as motive behind the controversial move at a time when never uttering a word about Israel’s warm relations with Russia. Israeli Prime Minister Benjamin Netanyahu, who is fighting serious personal corruption charges, boasts warm relations with Russian President Vladimir Putin, visiting and hosting the Russian leader several times in recent years to discuss various topics.

While Israel and Russia have never confronted each other militarily, Turkey and Russia are at odds in the Syrian and Libyan conflicts.

All staunchest supporters of Israeli interests

According to www.jewishpoliticalguide.com that assesses the proximity of American senators and representatives to Israeli interests, all four lawmakers who work day and night to disrupt Turkish-American relations are staunch allies of Israel.

When individually checked, each lawmaker has received substantial donations from Israeli lobbies and: opposed Boycott, Divestment and Sanctions (BDS) movement, and supported the combating of BDS Act of 2017; opposed the Iran deal; supported controversial US embassy move to Jerusalem; supported the Israel Anti-boycott Act; supported the US Israel security Assistance Authorization Act of 2018 and opposed UN Security Council Resolution 2334 which said Israel’s illegal settlement activity by stealing Palestinian land constitutes a “flagrant violation” of international law and has “no legal validity.”

The Turkish Embassy in Washington said in a statement: “There are a number of arms procurement cases for Turkey, pending approval in Congress. As a staunch member of NATO and an ally of the U.S., we are confident that approval of these requests without further delay will be a natural outcome of our strategic cooperation,” as cited by the report.

“The U.S. is our number one trade partner in defense industry and we believe that it is in the strategic interest of both Turkey and the U.S. to further increase our bilateral cooperation in this field.”

EU extends sanctions against Russia over illegal annexation of Crimea

Turkiye rescues dozens of irregular migrants pushed back by Greece