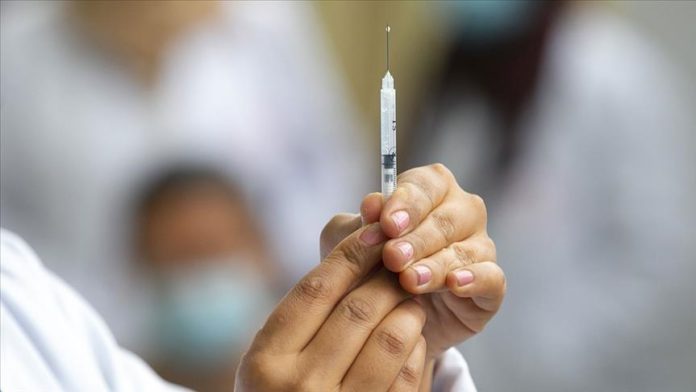 The Pakistani government has placed emergency orders for supplies of the coronavirus vaccines to overcome a countrywide jabs shortage, a top health official said on Saturday.

Dr. Faisal Sultan, the adviser to the prime minister on health affairs, told Anadolu Agency that the country is set to receive fresh supplies of COVID-19 vaccines from Sunday.

The South Asian country, he said, is slated to receive around 7 million vaccine doses by the end of June, mainly from China.

Islamabad will receive the first batch of the fresh supplies, possibly about 1.5 million doses, on Sunday.

“The situation will be normalized from Monday after the arrival of the fresh supplies,” Sultan, also effectively acting as the health minister, noted.

“We still have 1 million doses in stock. But definitely, they are not enough to be distributed across the country,” he went on to say.

Though Sultan did not elaborate on what caused the shortages, a senior health official, wishing not to be named as he was not allowed to speak on the record, blamed a mix of bureaucratic labyrinths and delay in supplies of locally produced single-dose CanSino vaccines.

The state-run National Institute of Health in Islamabad that produced the vaccine — renamed as PakVac — under the supervision of Chinese experts “failed” to provide the promised 3 million doses in June, according to the official.

Meanwhile, authorities in the southern Sindh province have shut all vaccine centers for Sunday, whereas only a few centers are functioning in northeastern Punjab, the country’s largest province, due to the ongoing jabs shortage.

Addressing a news conference in the provincial capital Karachi, Chief Minister Syed Murad Ali Shah announced that there will be no vaccination on Sunday because of the vaccine paucity.

While, in Punjab, home to over 110 million people, out of 677 vaccination centers, only a few are functioning, according to the local media.

The country’s richest province, according to health officials, requires immediate supplies of 2.8 million doses to resume the normal course of vaccination.

Out of 207 million population, Pakistan has so far inoculated nearly 12 million people amid a decline in coronavirus cases. It plans to inoculate 70 million people by the end of this year.