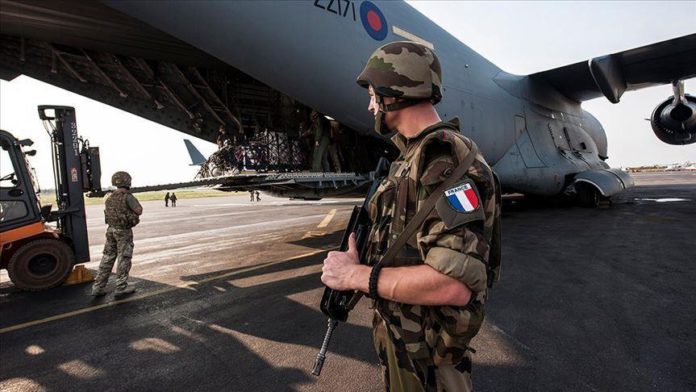 Rather than protecting the population, the French military is involved in the killing of civilians in Mali in particular and in the Sahel region in general to the dismay of people and observers who are voicing concerns.

Since 2014, French military forces have been deployed in Mali under the cover of an operation called “Barkhane” to fight against armed groups in the Sahel. There are 5,000 French troops in the region.

However, their presence is not welcomed by all Malians, especially after the recent killings of several civilians in air strikes by the Barkhane forces. In this operation, about a hundred civilians were killed. Last September, a civilian in Gao was killed by a French soldier, which was termed “accidental” by the French army.

On Oct. 23, 2017, 11 Malian soldiers detained by a terrorist group lost their lives during an anti-terrorist operation led by the Barkhane forces.

On Jan. 6, 2021, the forces were accused of having arrested and questioned an official of the Coordination of Movements of Azawad (CMA), which brings together the armed movements of northern Mali. The French military also ransacked his family home in Menaka, a northern region of Mali.

In a statement shared with Anadolu Agency, the CMA indicated that its official was arrested during the night of Jan. 3-4, 2021. “The French forces surrounded the home of Mr. Halatassane Ag Rhissa, a notable member of the Municipal Interim Authority of Tidermene,” the note detailed.

According to the CMA, this act is an “umpteenth humiliation targeting personalities respected by all”.

The group also called for the release and “moral reparation” of Halatassane while urging the Malian international forces “to show more restraint and discernment so as not to misidentify enemies and objectives”.

In July 2020, in an article published on the A l’encontre website, author Guillaume Davranche listed five reasons for France to leave the Sahel — it is waging an endless war there, delaying a political solution, aggravating the situation, reinforcing a criminal system and its intervention is “imperialist”.

Since the days of colonization, the French military aid has always been controversial in Africa. Even if the facts are sometimes denied by France, it has found itself involved in genocides in Africa — such as the Rwandan genocides and that of the Bamilekes in Cameroon. All this happened under the cover of a military operation, like the one being carried out in the Sahel. The examples being decried are legion.

An analysis published in June in the journal Alternative Libertarian also reported that Barkhane’s murderous routine is fueling a desire for revenge. And this desire will progress with increasing “collateral” victims because in December 2019, Barkhane armed its drones with missiles.

The author of the analysis also warned that an anti-colonial fight against the crusaders “could motivate young people to join the terrorist ranks”.

Thus, for him, France “presents itself as a savior” and yet this country “does not save the population and does not reduce violence. It only saves the uranium mines and its status as a suzerain state vis-à-vis vassalized governments”.

He added that this military presence in West Africa “sometimes under the iron rule of demonized dictators, removes the possibility of peace negotiations and, overall, prolongs and aggravates a war without an end”.

Like him, several observers do not appreciate the presence of such forces in Mali and other Sahelian countries.

Because it “does not contribute to political and economic stability”, Justice Simango, a political analyst, told Anadolu Agency.

For Cisse Diop, a security expert, the French army is seeking to protect its own interests under the pretext of helping people.

*Rodrigue Forku contributed to this report