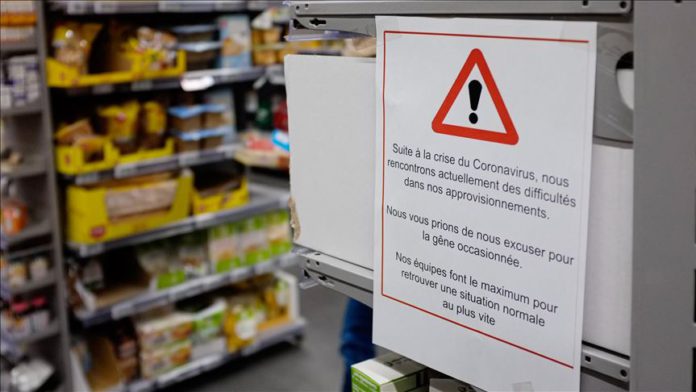 France’s leading scientific body issued a sobering warning Tuesday amid a surge in coronavirus cases this summer and growing concerns over a second wave of infections.

The Scientific Council said another outbreak of COVID-19 was “highly likely” this autumn or winter as an uptick in cases in France over the last two weeks — with 3,000 registered over the last three days alone — has given health authorities pause.

The council released a 42-page document of precautionary measures through France’s Health Ministry.

Comprised of some of France’s brightest medical minds, the council had been assembled by President Emmanuel Macron during the height of the epidemic to closely monitor the crisis.

The document — titled “Prepare now to anticipate a return of the virus in the fall” — was sent to Macron for review last week.

The council’s paper presents four separate scenarios that could play out should the virus recur, from under control to critical, and outlines seven different protocols in various areas to help the population prepare, protocols that are now quite familiar, including the need for barrier gestures in the wearing of masks and social distancing, sufficient testing, and protecting those in nursing homes and at-risk populations, along with isolating those most vulnerable.

In the paper, the council calls a second wave “highly probable” and even warns of another wave taking place before summer’s end, since the season brings with it an increase in outdoor gatherings including parties, concerts and festivals, despite the public’s awareness of the need for social distancing.

Monday also saw Prime Minister Jean Castex venture to Lille, the capital of the Hauts-de-France region in the north, which has made wearing face masks mandatory in all public spaces.

Speaking to the press, Castex said “the virus is not on vacation and neither are we,” recognizing that it is far from defeated.

On Tuesday morning, President Macron visited the city of Toulon in the south, where he announced that the state would pay a bonus of €80 million to all home healthcare workers throughout France. Each department will put up an equal amount, for a total of €160 million to be paid out before the holidays. Some 320,000 home workers — whom the president called “the forgotten of the COVID” — care for approximately 800,000 elderly people nationwide.