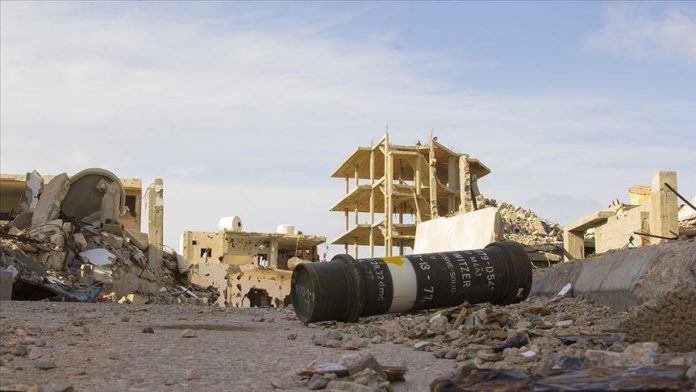 The military cooperation agreement between Turkey and Libya is open and declared, unlike the secret pact that warlord Khalifa Haftar has with his allies, the Libyan defense minister said on Friday.

“The military cooperation with Turkey is an open and declared agreement. It is not hidden as Haftar’s alliances with his supporters,” Salahuddin al-Namroush said in an interview with France 24, a Paris-based state-owned international news TV network.

“We hope that it [France] will change its attitude, but it is a shame that France has supported Haftar for years, “he said.

Underlining that it is not possible to accept Haftar because he is a war criminal, the defense minister said they are discovering new mass graves in Tarhuna and the south of Tripoli.

He said if forces loyal to Haftar continue to break the ceasefire, the internationally recognized Government of National Accord will withdraw from the agreement and fight against him.

With the support of mercenaries, Haftar attacked the south of Libya at a time when the Tripoli government respected the ceasefire agreement, he added.

Based in the capital Tripoli and currently led by Prime Minister Fayez al-Sarraj, the Government of National Accord assumed office in 2015 under an UN-led agreement. But the efforts for a long-term political settlement have failed due to a military offensive launched by Haftar.