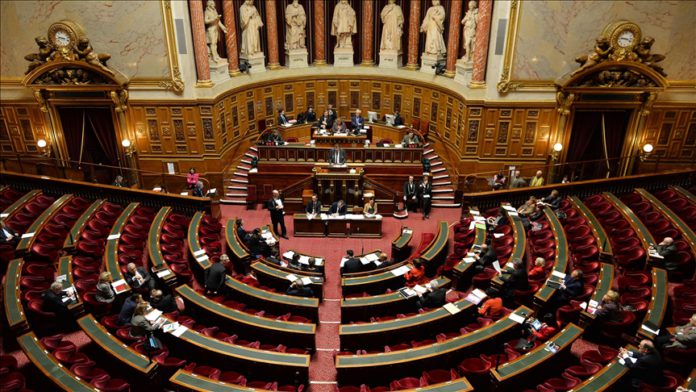 France’s Senate adopted a controversial bill early Wednesday aimed at strengthening anti-terrorism measures and intelligence with provisions to shut down places of worship and blocking access to the state’s secret archives to strengthen internal security.

The bill, which was approved by the National Assembly earlier this month, was adopted by 251 votes to 27.

Lawmakers voted in favor of several contentious provisions, including the strengthening of internet surveillance, which will allow government authorities to analyze internet algorithms and browsing data provided by telecom operators that is likely to characterize a terrorist threat.

Defense Minister Florence Parly defended the provision as not violating the privacy and personal data of citizens. She said the provision did not represent “a surveillance system, contrary to what we hear too often, but a detection tool allowing better targeting, the case appropriate, monitoring,” a report by the Public Senat TV channel quoted her as saying.

Another provision concerns the closure of places of worship as well as premises managed, operated or financed — directly or indirectly — by the manager of the place of worship that host public meetings, as well as the blocking of access to archives classified as ‘secret defense’ for a 50-year period, a move denounced by several scholars, academicians and researchers. In March, President Emmanuel Macron listed restrictions to declassifying secret National Defense documents up to the year 1970, including those concerning the Algerian war, Indo-China war and World War II on an immediate basis.

“The vast majority of their archives become inaccessible, without any time limit other than that which these same services will decide. Until now, on the contrary, these documents became automatically communicable to citizens at the end of periods ranging from fifty to one hundred years,” a statement released by the association said.

Lawmakers from the ecologiste group raised a motion of inadmissibility for the provision related to the archives.

“In recent years, France has been the scene of a succession of security laws which are intended to be anti-terrorism but above all are destructive of freedom,” said Esther Benbassa from the Europe Ecology – Green Party (EELV).

Minister for Citizenship Marlene Schiappa, for her part, defended the balanced bill as “essential” to those who fight against the terrorist threat.

Education comes before race for longer lifespan in US