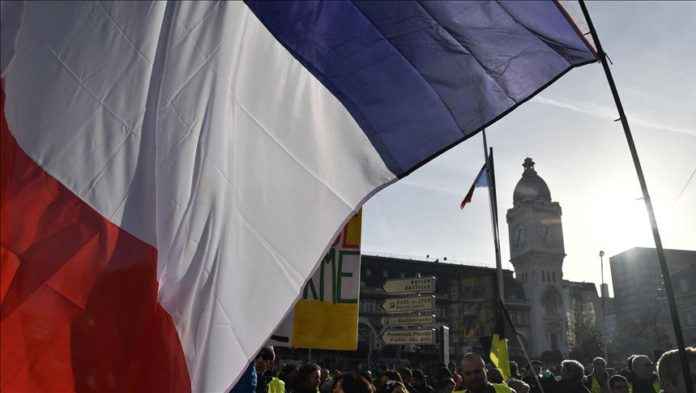 Hundreds of restaurant, cafe and bar owners in the French city of Marseille protested on Friday over the government’s sudden closure of all culinary establishments for two weeks starting on Saturday amid the rising number of coronavirus cases.

In a televised address on late Wednesday , France’s Minister of Health Oliver Veran announced the closure of all restaurants, bars and cafes in the Aix-Marseille region along with the overseas territory of Guadaloupe, which have been deemed a “maximum zone” of risk in the government’s new categorizations.

The restrictions also apply to any establishment welcoming the public that does not adhere to strict health protocols.

Restaurants, cafes, and bars in the capital Paris will also close at 10:00 p.m. local time (2000GMT) in line with the Health Ministry’s new measures.

Following the announcement, Marseille Mayor Michele Rubirola said on Thursday that proprietors in her city were not consulted on the ruling, “contrary to what [Health Minister] Olivier Veran claimed on social networks.”

The region is the second-most populated urban area in France and a very popular locale for tourists over both the summer and fall seasons. Numbers of coronavirus infections have risen there of late, despite the implementation of mandatory mask wearing.

In a statement to Radio France International, Bernard Marty, president of the UMIH, the region’s top restaurant, cafe, and hotel union, expressed his huge disappointment, saying he was “very, very angry” over the lack of communication.

“We almost have the feeling that Paris considers that in Marseille, we are small fry and that there is no need to inform us of what is happening in our city,” he said.

In his address, the health minister issued customary stern warnings to the public — to respect the barrier gestures in place and limit any socializing unless absolutely necessary.

“The overall situation continues to deteriorate. If we do not take measures quickly, we risk reaching critical thresholds in some regions,” Veran cautioned in his Thursday address.

Veran will travel to Marseille this afternoon to address the situation along with Alain Griset, minister delegate to the economy, finance, and recovery minister; the latter will meet federation representatives of the restaurant and hotel sectors.

Muselier said Friday morning that he would challenge the new ruling in court.

According to official statistics, the number of coronavirus cases continued to rise in France, with 16,096 infections reported on Thursday, which sets a new single-day record for the most infections since the end of lockdown.

The total number of cases in the country climbed to 497,237, while the death toll reached 31,511. Hospitalizations have risen to 4,258, with 718 of those patients in intensive care.