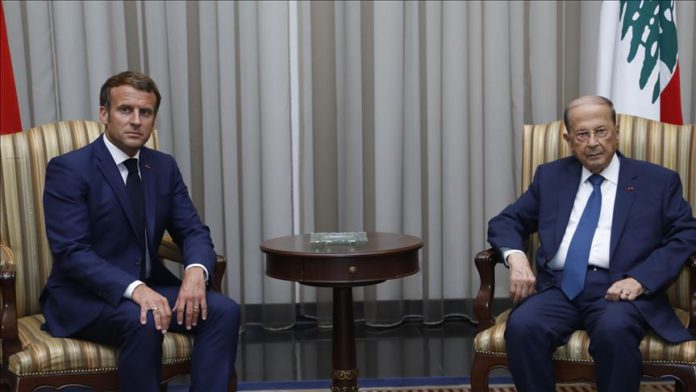 French President Emmanuel Macron stressed on Thursday to prioritize aids for blast-hit Lebanon without any condition.

Following his arrival in Beirut, Lebanon’s capital, Macron met with his Lebanese counterpart Michel Aoun and the two leaders visited the site of massive explosion at the Port of Beirut.

Macron said: “Lebanon is not alone … and we are fully aware that Lebanon’s crisis is massive.”

He also vowed to secure and coordinate international aid to Lebanon, including medical supplies and medicine.

The massive blast that rocked the Port of Beirut on Tuesday has left so far at least 135 dead and around 5,000 injured along with tens still missing under the rubble.

The Lebanese government, which blamed a large quantity of ammonium nitrate stored in the port for the blast, said investigation is underway which will take five days. Meanwhile, other Lebanese former premiers called for formation of an international investigation committee to probe the incident.

The Port of Beirut is the main port of Lebanon which is also considered as a temporal storage place for the basic goods including grains, foodstuffs and medicines.

ANALYSIS – US: Brazilian asylum-seekers to 'remain in Mexico'

Voter rights must be protected in CAR polls: UN expert