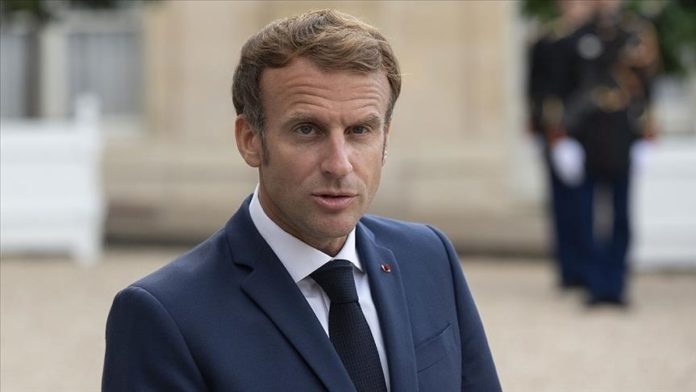 France’s president on Tuesday denounced a recent coup in Burkina Faso that toppled the West African nation’s democratically elected government, plunging it into a deeper crisis.

During a visit to the central region of Limousin, Emmanuel Macron expressed worry over the military takeover, telling reporters that he had held talks with the leaders of other West African countries and they would remain in contact.

“Very clearly, as always, we stand with the regional organization ECOWAS to condemn this military coup,” a report by public radio broadcaster FranceInfo quoted Macron as saying. The Economic Community of West African States (ECOWAS) is a 15-member regional political and economic bloc.

Macron noted that Burkinabe President Roch Marc Christian Kabore, who was deposed by uniformed soldiers on Monday, “had been elected democratically by his people twice.”

Publicly criticized for his failure to fight against terrorism, Kabore offered his resignation following the coup. Military officials and members of the junta claimed they decided to “put an end” to his power due to the “continuous deterioration of the security situation.”

Burkina Faso neighbors Mali in the Sahel region of West Africa and has come under several attacks from al-Qaeda and ISIS/Daesh-linked terrorists since 2015.

The UN has expressed concern for Kabore, whose whereabouts remain unknown.

France shares close ties with countries in the Sahel, where it has deployed troops to fight extremist groups.