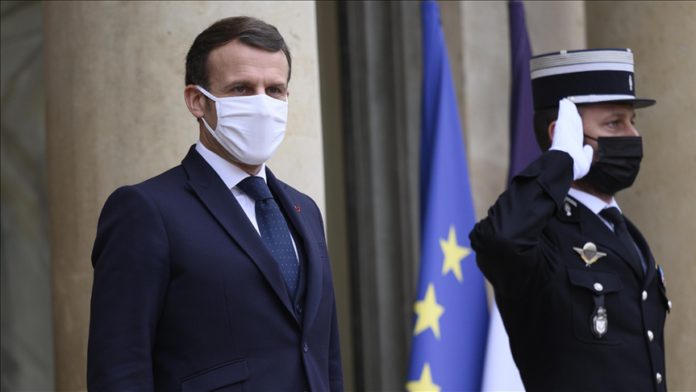 French President Emmanuel Macron called late Tuesday for ensuring global access to vaccines against COVID-19 in Europe and among poor and developing countries if the virus is to be defeated.

Macron spoke to the TF1 and LCI channels following a meeting with representatives of laboratories on vaccine production. He said the constraint in Europe was not an intellectual one but the ability to produce vaccines faster and in large quantities.

“We have to produce first for ourselves, but then we also need to immediately think about poor, developing countries and emerging market economies in Africa, South America, etcetera. If we don’t vaccinate in these countries, the virus will mutate again and come back to our countries,” he warned, stressing the need to ensure faster and stronger production.

He also said the European vaccine campaign will work only if it is “on the same rhythm everywhere.”

There was also limitation in access to doses and timely delivery has been postponed by suppliers, he observed. He announced that France will do its part to improve production capacity by opening four sites between the end of February and the beginning of March to produce the doses more quickly.

Macron also warned that the virus will continue to evolve and the only way to respond to variants was with vaccines.

“We are going to live with the virus. We must therefore plan what to produce in the fall and next winter,” he said.

On the domestic situation, he defended the pace of the vaccine as per plan and assured that all French adults who want a vaccine will receive it by the end of the summer. The French campaign has been criticized for its slow pace and shortage of doses. It has secured 2.3 billion doses of vaccines.

Since December, 1,586,375 people have received at least one jab, and 90,518 have been fully vaccinated, according to Health Ministry data.

He underlined that the vaccination strategy will not decide the short-term management of the pandemic and raised the possibility of reconfinement in the coming days.

Authorities were precisely following the figures of contamination, hospital admissions and recovery as the virus was circulating “at high speed,” with at 20,000-25,000 new infections per day, he said, urging people to be vigilant.

8 dead in eastern Turkey after earthquake