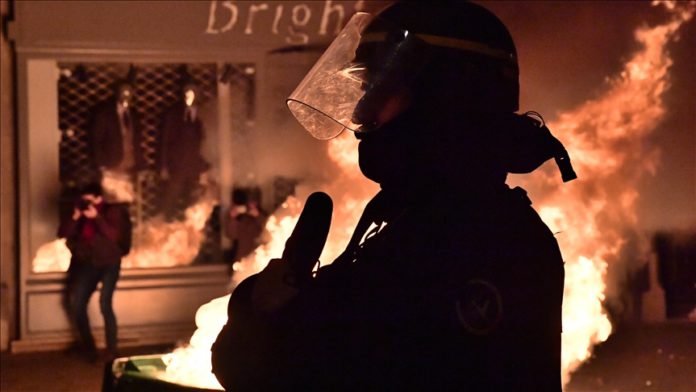 French police officers, who were filmed using violence against migrants and journalists at a protest on Tuesday, have been suspended, said the country’s interior minister.

Interior Minister Gerald Darmanin said in a tweet on Thursday an investigation has been opened into the police officers who allegedly used force at a protest against the dismantling of a migrant camp.

“I hope that the disciplinary procedure is conducted as soon as possible,” he added.

Darmanin previously described the scenes of police violence in Paris as “shocking”.

Paris police cleared a migrant camp Monday night set up on the Place de la Republique in the center of Paris, with several tents lifted right off the pavement — some with people still in them.

Multiple protests were held in Paris this week, where some police officers were filmed using violence against migrants and journalists.

Photos and videos of police hitting demonstrators drew outrage on social media, with human rights organizations, such as Doctors Without Borders (MSF), heavily criticizing it. ​​​​​​​