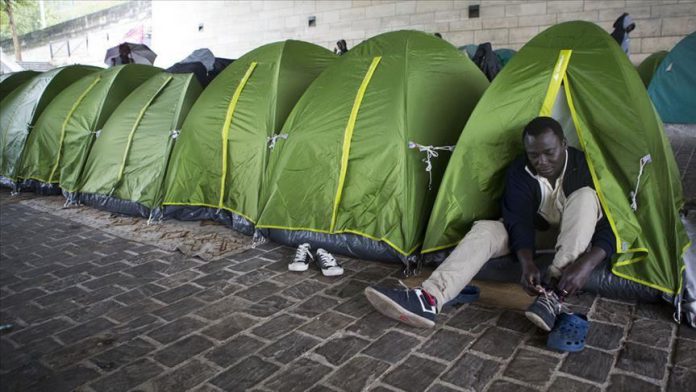 Around 1,600 irregular migrants living outside in French capital Paris were moved to sports halls in an operation by French police, according to local media reports on Thursday.

Migrants sheltering on roadsides and under bridges in Chapelle neighborhood and Saint-Denis commune were “evacuated” in an operation, said the reports.

Paris Police Chief Didier Lallament said they would not allow formation of a new camp in the area.

On Wednesday, French Interior Minister Christophe Castaner said irregular migrants living in makeshift camps east of Paris will be evacuated till the end of the year.

Castaner also said the country would