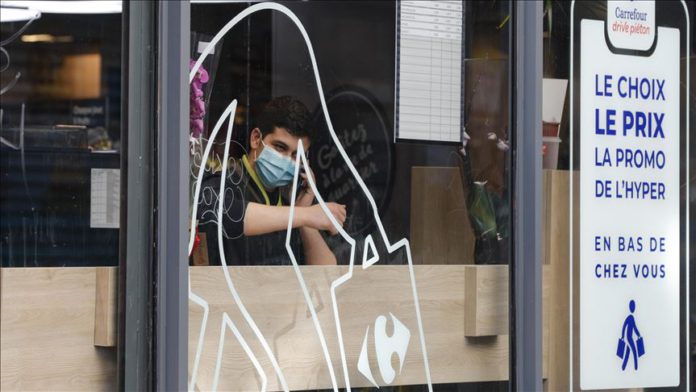 Prime Minister Edouard Philippe presented the final details Thursday for the lifting on May 11 of France’s lockdown to curb the coronavirus outbreak.

“We are able to validate deconfinement throughout the metropolitan territory,” Philippe said, addressing the nation in a televised press briefing from the Hotel Matignon.

As always, however, he emphasized caution with the virus still very much present.

“This should not be a sign of the relaxation of our vigilance,” he added.

The prime minister was accompanied by five key ministers to detail the plan. Most importantly, he confirmed that the date of confinement will not be extended as it had earlier, from April 15 to May 11.

France has been under a nationwide confinement imposed by President Emmanuel Macron on March 17 to stem the spread of the coronavirus, or COVID-19. The highly infectious virus, which first took hold in Wuhan, China in December, swept across Europe in March and April, claiming thousands of lives, especially in the Republic. Strict stay-at-home orders and barrier measures put in place helped keep the virus at bay.

Health Minister Olivier Veran presented a revised version of a map of France that color-coded in green and red the most and least concerning departments, or counties, when it came to restriction on movement.

“France is ready to test massively,” Veran said, adding that if someone notes symptoms of the virus, a swab test must be taken immediately, which will be reimbursed by the government.

If positive, they must be confined for two days, and messages are sent to all those recently contacted for their two-day confinement as well.

Interior Minister Christophe Castaner spoke on probably the most awaited news — that of movement. People will be able to move about freely after Monday but still only within 100 kilometers (62 miles) of one’s house and no longer needing a certificate of attestation as to the journey. Exceptions are made for medical, familial or professional reasons. A certificate must then be filled out and identification provided for the authorities if checked.

Access to the much-coveted beaches and lakefronts as well as forests will remain closed until further notice unless authorized for opening by local prefects and mayors.

“We have lost a lot of growth and a lot of jobs over the past three months. We must therefore revive economic activity,” he stressed.

Minister of Ecological Transition Elisabeth Borne spoke on matters of transportation, saying that most means of transport will run at only 50% from Monday, increasing to full capacity at the beginning of June. The wearing of a mask will be compulsory for all those 11 and older.

As of May 12, the 50,500 schools in France will welcome 80%-85% of students back to class, said Education Minister Jean-Michel Blanquer.

Further details will evolve over the next three weeks.

Mayotte, a group of islands and French territory in the Indian Ocean, is the only holding in the Republic that will remain on lockdown after the 11th as cases of infection are on the rise there.

To date, COVID-19 has claimed more than 268,000 lives worldwide and caused over 3.8 million people to become infected. Despite the severity of the virus, most people experience mild symptoms and recover.

US urges Taliban to shun violence, return to talks