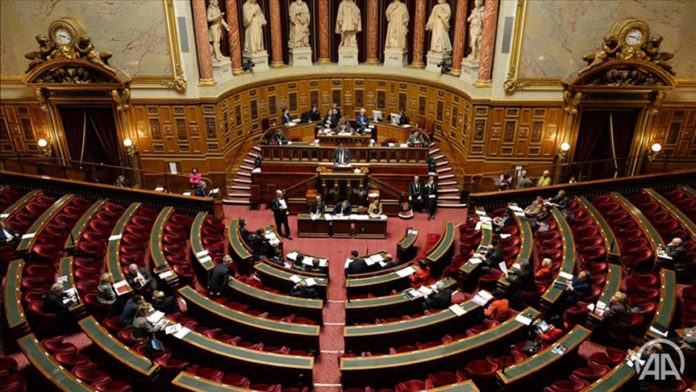 The French parliament on early Monday greenlighted a health bill mandating vaccination for healthcare professionals, and a digital health pass providing proof of being virus-free to enter public places including restaurants, cafes and trains.

Following heated discussions and several modifications to the original text in the upper and lower house of parliament, the National Assembly late past midnight voted 156 to 60 to definitively adopt the bill relating to the management of the health crisis.

Prime Minister Jean Castex has now forwarded the bill to the Constitutional Council for final validation to guard against the accusations that it does not overstep public freedoms. The council is likely to render its decision on Aug. 5 before being enforced as a law.

“After 60 hours of debate, the majority and the opposition have found the path of unity to fight against the epidemic,” said Health Minister Olivier Veran on Twitter.

In the parliament, he assured lawmakers that the government will make sparing use of the health pass and will lift all the constraints “the minute we can do without it.”

The bill was introduced following President Emmanuel Macron’s July 12 announcement to curb the resumption of the fourth wave of the pandemic in view of the rising circulation of the Delta variant, which was first identified in India.

The main provisions of the text include compulsory vaccines for health personnel and employees of medico-social sectors, and penalties for non-compliance like non-payment of salary. The earlier draft called for suspension from duty for the unvaccinated professionals.

It also mandates 10-day isolation for COVID-19 positive patients, and imposition of the health pass for all adults to enter cafes, restaurants, even on the outdoor terraces, long-distance public transport, trade fairs, shopping centers from Aug. 30 until Nov. 15 (instead of the earlier approved deadline of Dec. 31).

From Sept. 30, minors above the age of 12 will also be required to carry the pass. The health pass is a proof in print or a digital certificate on the government’s TousAntiCovid app showing vaccination doses or a negative test result of antigen or PCR tests less than 48 hours old.

The health pass measures have partly been enforced since July 21 to enter places of culture and leisure such as museums, art institutions, cinema halls, and theaters with a gathering of more than 50 people.

A report by the BFMTV news said the latest constraints have adversely impacted the culture sector, with cancellations and low attendance. Cultural institutions in France reopened in May after being shut down since October. They were shut from March to June 2020 during the first lockdown.

The implementation of anti-COVID-19 health measures have divided the French population. So far at least 40 million or nearly 60% of the population have been vaccinated with at least one shot.

But on the other hand, a small percentage of the population, known as anti-vaxxers, have been organizing mass street demonstrations opposing the government restrictions calling them “totalitarian” and “dictatorial.”

During the weekend visit to French Polynesia, Macron slammed the anti-vaxxers, questioning their “freedom” to remain unvaccinated while continuing to pose the risk of infecting family and other members of the society. “It is not freedom, it is called irresponsibility, egoism,” he said.

Azerbaijan vows to ‘break back of Armenian fascism’