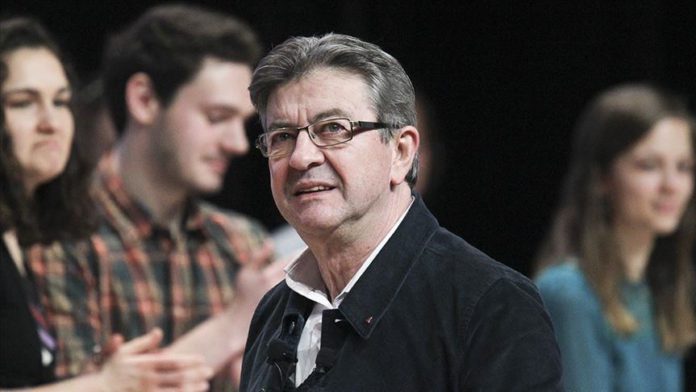 A French opposition leader said Thursday there is hatred against Muslims in France disguised as secularism.

“There is hatred towards Muslims under the guise of secularism in this country. Secularism does not mean to hate a religion,” Jean-Luc Melenchon, leader of the France Unbowed movement and an MP from a Mediterranean region with a large Muslim population, told the BFM-TV channel.

Melenchon said Muslims should be respected and constant suspicion towards them should also end.

He said he would continue repeating these statements even though some people would not like it.

He also stressed that he stands against hatred towards Muslims.

Noting that he has received the signatures of 150,000 citizens in support of his candidacy in the 2022 presidential election, Melenchon said the method of fighting against terrorism should change.

His remarks come after recent anti-Islamic statements by French President Emmanuel Macron and other politicians.

Tensions further escalated after middle school teacher Samuel Paty was murdered and beheaded on Oct. 16 in a Paris suburb in retaliation for showing his students blasphemous cartoons of the Muslim Prophet Muhammad during a class on freedom of expression.

Insulting cartoons by the French weekly magazine Charlie Hebdo were also projected on buildings in some French cities.

Macron defended the cartoons, saying France would “not give up our cartoons,” sparking outrage across the Muslim world.

Madrid neighborhood without electricity for 2 months