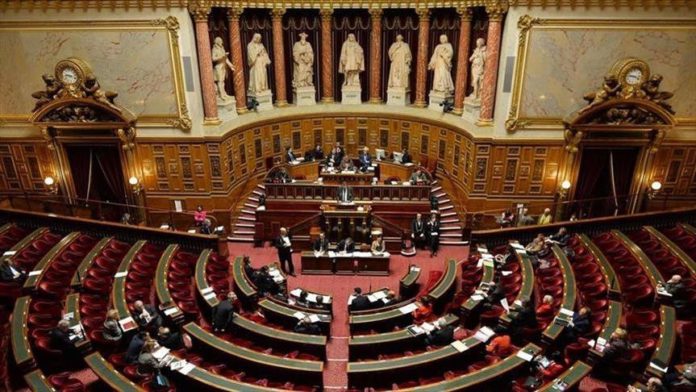 The French National Assembly on Thursday for the second time approved contentious legislation known as the “Bill Confirming Respect for the Principles of the Republic” minus some of the discriminatory provisions targeting the Muslim community.

The bill was adopted by 23 votes in favor, 14 against and two abstentions. It will be sent back to the Senate, or upper house, on July 21 before its final approval by parliament on July 22.

The text of the original bill, presented as intending to “fight extremism and radical Islam,” was revised by the Senate in April with several new amendments that were criticized for unfairly attacking the Muslim community under the pretext of combating ‘separatist’ tendencies.

Some of these provisions included prohibiting parents accompanying their children on school trips from displaying any religious symbols, banning the burkini — a swimming costume that covers the whole body except the face — in public swimming pools, preventing minor girls from concealing their face or wearing religious symbols in public spaces, a ban on prayers on university premises and the display of foreign flags at weddings.

The bill adopted Thursday deleted the amendments on the prohibition of the burkini in public swimming pools and restricting accompanying parents on school trips from wearing the veil and rejected a proposed provision by right-wing lawmakers on prohibiting the wearing of religious symbols by poll workers during elections.

Interior Minister Gerald Darmanin, who has championed the bill from its origin and had opposed the revised amendments by the Senate, expressed satisfaction at the new reading on Thursday.

“A law of freedom, a law that emancipates against a withdrawal into identity that enslaves, a law that protects the values of the Republic,” he said in a tweet.

Sacha Houlie from the ruling LREM party, in an interview with Lagazettedescommunes.com, said the bill is “extremely perilous” because political parties tend to have a “confusion between the expression of a cult and the community demand.”

“We have managed to avoid any form of stigmatization in the law,” he said on the number of amendments that were dropped from the text on Thursday.

He added that the polarizing debates on the veil, women’s clothing and anti-terrorism issues were regretful when the main concern should be “public order and secularism.”

“I do not believe that a school guide who wears the veil, who chooses to work for children in difficult neighborhoods and who chooses to accompany them to do activities is a problem,” he said.

Right-wing lawmakers criticized the approval of the bill, saying it does not fight “Islamic separatism.”

“The amendments added by the Senate were all rejected by the majority LREM. A coup from the Government that will not change anything,” Eric Pauget, member of the Les Republican party, said in a tweet. ​​​​​​​

Raphael Schellenberger, also from the same party, said in another tweet that the government and the majority party LREM have “decided to brush aside all the advances adopted in the Senate.”