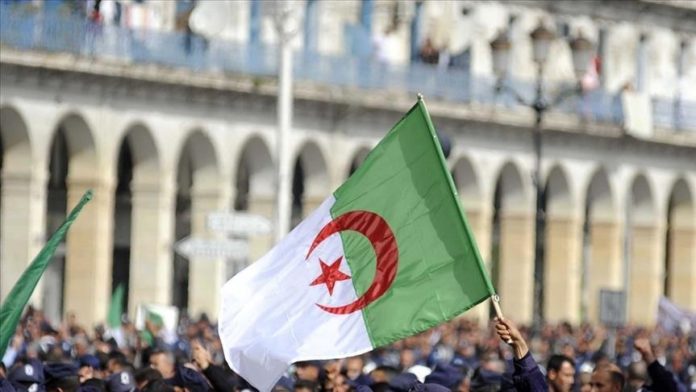 French President Emmanuel Macron’s decision to begin the declassification of defense documents up to 1970 has received mixed reactions in Algeria.

While Abdelmadjid Cheikhi, the Algerian president’s advisor welcomed the decision, describing it as “positive and important”, former MP Kamal Belarbi said it was difficult to believe that the French will lift the veil on its colonial legacy in Algeria. He urged for continuing the battle to hold France accountable for its colonial crimes.

In a statement released by the official news agency, Cheikhi said that Macron’s decision is good. He added the issue now needs follow-up and the decision needs to be applied widely. He also noted the period from 1920 to 1970 is very important to the history of Algeria.

Speaking to Anadolu Agency, former MP Kamal Belarbi expressed skepticism on the French move to lift the aura of secrecy clouding their role in Algeria.

Belarbi, who had earlier piloted a bill to criminalize colonialism, said the French will not hand over the secret documents.

“France will continue to tamper with the archives. The most important thing is that we remain committed to our demands to hold France accountable for crimes it committed in Algeria for 132 years,” he said.

He added that it was misleading to expect that France will hand over documents containing the most heinous massacres that it had committed against the Algerians.

Taoufik Bougaida, professor of political science at the University of Algiers said the unveiling of documents will not significantly affect French relations with Algeria.

“The outstanding issues between France and Algeria are not related to these documents, which were decided by French law [that they are the property of France]. Rather, the dispute concerns documents before the colonial period [1830-1962],” he said.

He said France does not have the right to own pre-colonial documents. “They are a human heritage belonging to the Algerian people, and this is what Paris rejects,” he said.

Algeria is demanding the restoration of the entire pre-colonial archive, which Paris transferred when its forces were leaving the country.

Previously, Macron and his Algerian counterpart Abdelmadjid Tebboune agreed to appoint two historians, one from each country, to discuss the issue of returning the memory files.

Following this decision Benjamin Stora from the French side and Abdelmadjid Cheikhi from the Algerian side took up the issue.

The Algerian authorities accuse French forces of smuggling hundreds of thousands of maps and historical documents during the colonial period (1830-1962), including those dating back to the Ottoman era (1518-1830).

Algerians have been asking France to acknowledge and apologize for the discriminatory practices and crimes committed during its colonial rule in the country.

Based on estimates by Algerian historians, 1.5 million Algerians were killed during the 1954-1962 Algerian War of Independence. French historians put this figure at 400,000 from both sides.

In his 120-page report, he suggested measures to address the enduring grievances, such as the establishment of a joint commission comprising French and Algerian historians to probe kidnappings and assassinations that included those of Europeans, killed in Oran in July 1962. It also called on to identify the places where the inmates executed were buried during the war.

Ibrahim Mukhtar contributed to this story.

S. Africa may tighten security on border with Zimbabwe

US: 14 arrested after fire at Portland police building