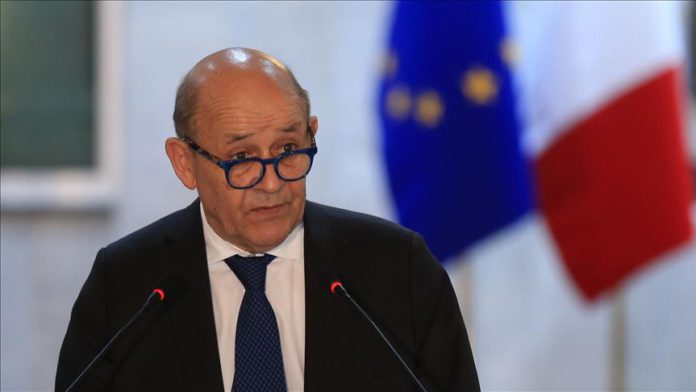 France’s foreign minister pressed the country Tuesday to adopt a neutral stance on the Nagorno-Karabakh conflict as fighting in the occupied region continued.

“We would be doing a disservice to the quality of our bilateral relationship with Armenia if we took an unbalanced posture that would call into question the role we play in the framework of the Minsk Group and the influence we have,” Jean-Yves Le Drian told French daily Le Figaro.

Nagorno-Karabakh, also known as Upper Karabakh, has seen heavy fighting over the past 17 days which has claimed the lives of 600 people, 73 of them civilians. The region is considered by the UN and international law to be part of Azerbaijan.

Azerbaijan has significant hydrocarbon reserves which represent essential channels for many international companies, and Le Drian also recognizes the rapport with Armenia, thus his reluctance to stir the pot.

“We also have a long relationship with Azerbaijan,” he said. “We would no longer be legitimate if we sided with one or the other of the two countries,” he said.

An estimated 600,000 Armenians also make their home in France.

Relations between the two former Soviet republics of Azerbaijan and Armenia have been tense since 1991, when the Armenian military occupied Upper Karabakh.

Multiple UN resolutions as well as many international organizations demand the withdrawal of the occupying forces.

Turkey has supported Baku’s right to self-defense and its sovereignty over occupied territories.

Azerbaijan has so far liberated more than 20 villages in Upper Karabakh since clashes broke out between Armenian and Azerbaijani forces in late September.