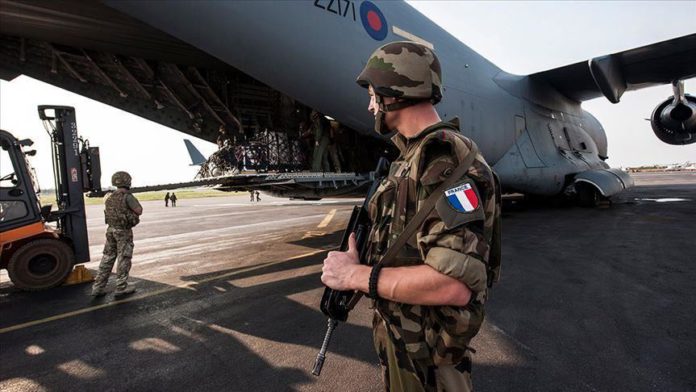 To date, 5,100 troops are deployed under Operation Barkhane, an operation led by the French armed forces in West Africa’s Sahel region.

But their mobilization, officially justified by the fight against terrorism, is contested in several countries including Mali and Burkina Faso, where residents have repeatedly demonstrated against the French presence.

The situation worsened last Tuesday when a Malian civilian was shot dead and two others wounded by French soldiers.

The French army said it fired warning shots but some bullets bounced and hit the windscreen of a civilian bus the victims were occupying.

It said the seriously injured civilian was evacuated by helicopter to a hospital of the Barkhane force in Gao but died of his injuries.

“All steps have been taken to ascertain the exact sequence of events,” it said, expressing its condolences to the family of the deceased.

The incident has revived anti-French sentiment in Mali, however.

Local media source Kati 24 quoted Malians who said the shooting was not an accident but a premeditated act, that the French soldiers must leave Mali quickly and Malian authorities must breach the defense agreements between Mali and France.

Meanwhile, the Malian bus driver said he did not hear the warning shots, according to French radio network France Info.

He claimed to have heard only shots that caused damage, which suggests soldiers directly targeted the bus without following normal procedures.

It should be noted that French soldiers have also killed civilians in other African countries, especially in the Central African Republic.

In 2017, a 10-year-old child was shot dead by French soldiers in CAR, according to Révolution Permanente website. The soldiers said it was an error.

As early as 2014, French soldiers in the Central African Republic were accused of child rape during overseas operations.

Because of a lack of evidence and challenges associated with the location of abuses, courts dismissed the case in 2018, leaving questions by civil parties unanswered.

If recent events raised for Malians the question of the French presence, another even more deadly accident revived the same debate in France.

Thirteen soldiers from Operation Barkhane were killed on Nov, 25, 2019 in a collision between two helicopters during an exercise in Mali.

It was France’s deadliest accident in the operation since deployment in 2013.

Political scientist Thomas Guenole told RT France that “the French military presence in Mali is by no means to fight terrorism and to defend democracy.”

“The real motives are not what we are told. It’s simple; it’s to protect the access of certain large French firms to the strategic resources of the Sahel,” he said.

Beyond Barkhane, France is a major stakeholder in the Takuba Task Force, which was launched this year in collaboration with European allies and composed of European special forces. It will complement actions carried out under Operation Barkhane for the benefit of the Malian Armed Forces.

The Takuba Task Force is a European military task force which will advise, assist and accompany Malia’s armed forces in coordination with G5-Sahel partners and other international actors on the ground.

Paris is also part of the UN Multidimensional Integrated Stabilization Mission in Mali — a peacekeeping mission aimed at maintaining peace in the West African country.

But a recent military coup which led to the forced resignation on Aug. 19 of President Ibrahim Boubacar Keita is now plunging Paris into uncertainty.

The president’s ouster was preceded by popular demonstrations in Bamako, where protesters demanded an end to the compromises between Keita and France.

After strongly condemning the putsch and calling for the release of the former head of state, French Minister of the Armed Forces Florence Parly reaffirmed the retention of French troops in Mali.

French losses in Mali so far have amounted to 48 soldiers who died while carrying out Operation Barkhane.