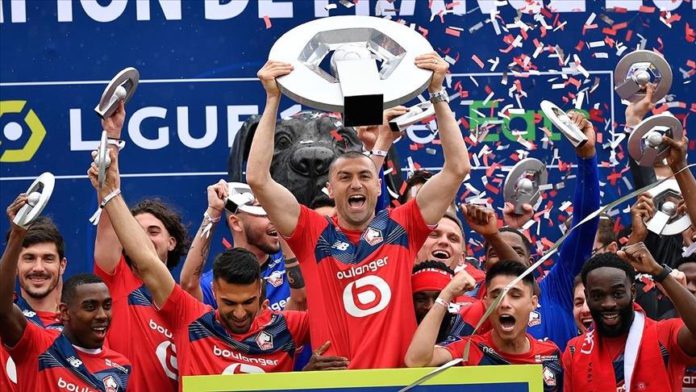 Lille’s Turkish striker Burak Yilmaz has been praised by the French media for his contribution to his team’s Ligue 1 title.

Daily newspaper L’Equipe reported that Lille easily beat Angers, thanks to Jonathan David and Yilmaz’s goals to lift their fourth title at the end of an incredible season.

It said that Yilmaz and Yusuf Yazici, another Turkish player, proudly waved the Turkish flag during the post-match celebrations, adding that Lille lifted the title with courage, a [successful] game plan on the pitch and a talented forward line.

Broadcaster RMC Sport called Yilmaz as the architect of the achievement along with head coach Christophe Galtier and former sportive director Luis Campos.

Le Figaro, one of the French newspapers of record, headlined: “Burak Yilmaz led Lille to the title.” It termed Yilmaz a “savior.”

Having collected 83 points, the French football club ended the season one point ahead of second-placed Paris Saint-Germain.