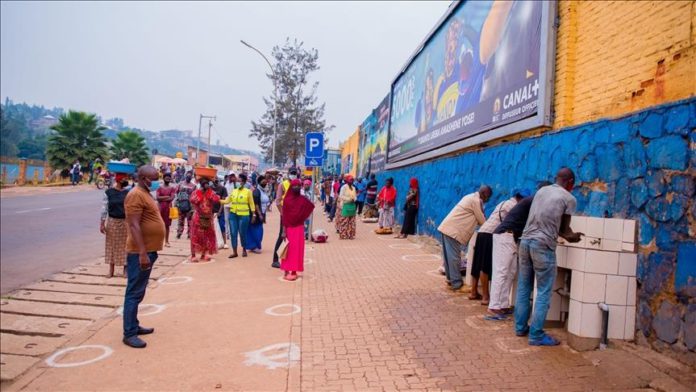 A 25-year-old Rwandan girl, Silvia Uwimana, was stranded at the main taxi park in Uganda’s capital Kampala last June after losing her way to a relative’s home.

She came from Rwanda to visit her uncle who works in Uganda and lives in a suburb of the capital.

Unfortunately, Uwimana failed to get anyone to show her the way to her uncle’s house due to a language barrier. She could only speak her native Rwandan language and French, which is her country’s official language.

“Whoever I tried to talk to could not understand what I was saying. They could not comprehend my local language or French,” she told Anadolu Agency.

She was lucky that after walking for more than four hours she met a girl who knew French. She showed her the way to her uncle’s house.

After staying with her uncle for two weeks she decided to learn English at an adult learners’ institute so she could fit into the Ugandan community. Now she is fluent in English and French.

Many Ugandans, and those in other East African countries where English is the official language, are learning French so that they can easily fit into all the countries.

Among East African countries, Uganda, Kenya, Tanzania and South Sudan have English as their first official language. Rwanda, Burundi and the Democratic Republic of Congo, which is soon joining the community, are French-speaking countries.

But recently French was made the third official language in the East African Community. The others are English and Swahili.

A French language expert and lecturer at Kabale government University, Morris Keitaba, said many educated Ugandans are learning French. He said it is not only in Uganda but in Kenya, Tanzania and South Sudan.

“It is good for Ugandans and people in Kenya, South Sudan and Tanzania to learn French,” he told Anadolu Agency. “It is good for citizens of a country to speak different international languages. Learning French makes them able to get jobs in the French speaking countries.”

He said at Kabale University, students and staff have registered with the French language faculty to study French. Those who are not taking French as a major subject has registered for short courses to learn the language.

“The French Embassy supports us to teach French through Alliance Francaise Uganda. It facilitates some of our activities and also offers French language learning scholarships to teachers and students,” he said.

The president of the French Teachers Association in Uganda, Agathe Tumwine, said over time, Ugandans have come to know the importance of studying French.

“We want Ugandans to know the importance of being able to communicate in many international languages. The future of French learning in Uganda and East Africa at large is bright. Many people are getting to know about it,” she said.

She said French and English can coexist in Uganda and all other East African countries. “And mind you, French is spoken on five continents,” she said.

The French Embassy in Uganda recently signed a memorandum of understanding with Bonjour Kampala, the first francophone web radio station in the country, to promote French using new technology.

According to Uganda’s Minister for East African Affairs Rebecca Kadaga, the Council of East African Ministers know the importance of learning French and that is the reason they recently endorsed the language as the third official language in East African Community countries.

”We passed a resolution during our last meeting that French becomes the third official language. We passed it after getting assured that the Democratic Republic of Congo had been accepted to join the East African Community,” said Tumwine.

She said the Democratic Republic of Congo is very big and very rich and therefore there is a need for Ugandans, Kenyans, South Sudanese and Tanzanians to learn French so that they can go there and easily communicate with people as they do business or look for jobs.

A Tanzanian student on a study visa in Uganda, Michael Morobom, said that in his country, learning French is being taken seriously by students and others with the hope of finding opportunities in French-speaking countries.

The head of Alliance Francaise in Uganda, Magaly Losange, said: “The fact that East African Community decided to adopt French as the third official language will only give Ugandans reasons to embrace it.”