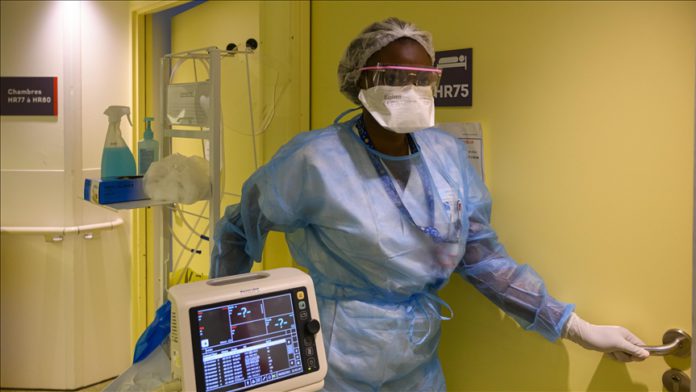 The French government warned on Wednesday of a rapidly approaching fourth wave of coronavirus, with the Delta variant strongly spreading across the country.

Spokesperson Gabriel Attal told a news conference that the variant, which was first detected in India, is dominant in 11 regions, has exceeded 40% of new cases and continues to rise. Until last week, it constituted 20% of new cases.

The variant is particularly deteriorating in the Provence-Alpes-Cote d’Azur, Ile-de-France, or greater Paris, and Brittany regions as there is a noted increase in the incidence rate – cases per 1,000 residents per week – by 21%. The incidence rate has doubled among the younger population of 20-29-year-olds, he said.

France lifted lockdown restrictions in June, even as clusters of the Delta variant were detected in certain parts of the country.

The government permitted the removal of masks outdoors and evening curfews at least 10 days ahead of the original June 30 deadline. It also allowed the entry of foreign tourists who have been vaccinated or have tested negative.

The months of June, July and August mark the annual holiday season for the French as millions travel to the French Riviera for sun and sea, facilitating the spread of the virus.

In addition, several summer festivals with large gatherings, including the Cannes Film Festival, are being held after taking a year off because of the pandemic.

Although more than 50% of the adult population – nearly 35 million – has received at least one shot of a vaccine, and authorities have relaxed rules on vaccinations – allowing residents to get their second shot anywhere in the country – many remain unvaccinated.

The government, as well as large commercial trader associations, have appealed for a new massive vaccination campaign to prevent a new lockdown and save the fragile economy.

“Thanks to the mass vaccination, we have been able to lift almost all the restrictions applied in our country. We have a chance to maintain as much control as possible over the epidemic,” said Attal.

The French Commerce Council (CdCF) and confederation of traders urged the unvaccinated not to risk an increase in contamination, which would lead to a new closure of stores.

“If we were to face a fourth wave, traders could not afford to close. We do not want the government to have to make this difficult choice again to close businesses,” William Koeberle, the president of CdCF, said in a statement.