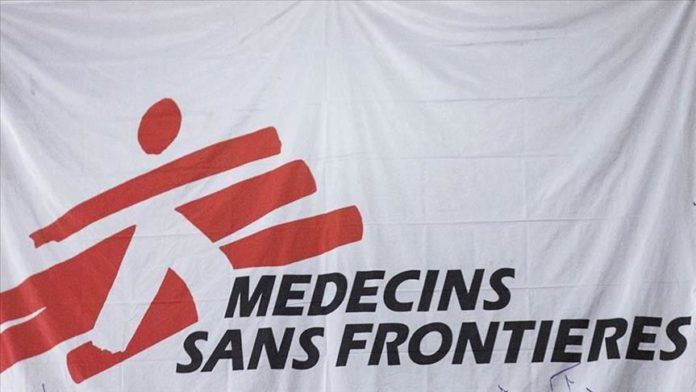 French NGO Doctors Without Borders announced on Thursday it has joined forces with German NGO Sea-Watch to restart search and rescue operations in the Central Mediterranean Sea.

Doctors Without Borders said it will provide medical care to rescued people aboard the ship Sea-Watch 4, which will launch its new lifesaving mission soon.

The two NGOs noted in a joint statement that the novel coronavirus pandemic has been exploited by European member states “as an excuse to further curtail search and rescue activities, while perpetuating cycles of abuse in Libya and condemning people to drown by policies of deliberate non-assistance.”

Every year, thousands of people fleeing war, persecution, and poverty at home attempt the dangerous and often deadly journey across the Mediterranean. In June alone, at least 101 people were reported dead or missing in the Central Mediterranean.

Over the past five months, Italy and Malta have often denied assistance to migrants in imminent danger at sea, and have closed their ports to non-governmental organization ships carrying rescued people, according to the NGOs.

“A deliberate and structural lack of coordination abandons people in distress at sea for hours, days, or even weeks without assistance,” the two groups said.

Since the beginning of the year, 5,650 people have been intercepted and forcibly returned to Libya, as part of a bilateral deal financed and facilitated by the EU, while civilian search and rescue vessels “are systematically blocked in Italian ports on the basis of flimsy technicalities.”

The organizations stressed that Libya is defined as “categorically unsafe” for migrants, refugees, and asylum seekers by international and European institutions, including the UN, IOM (International Organization for Migration), and European Commission.

Italy, which had closed its ports to NGO ships at the peak of the COVID-19 emergency, has recently started to allow rescued migrants to disembark and board special quarantine ships after undergoing swab tests.

The Italian government, however, has pledged a tough stance against migrants’ arrivals, which have intensified in the past few weeks, amid worries that migrants who flee sanitary checks could expose local communities to additional health risks.

EU must get UN okay on Libya embargo watch: Russia