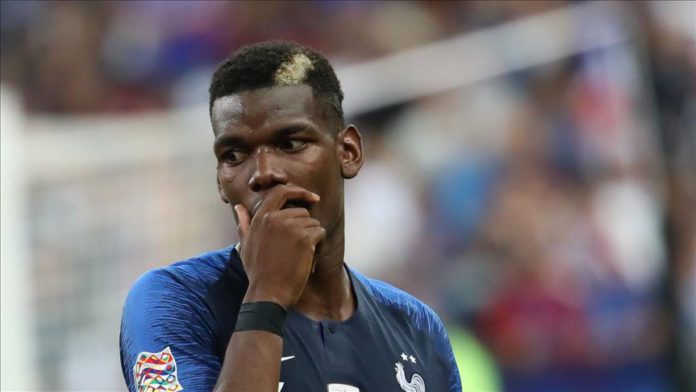 “Unfortunately for him… He [Pogba] tested yesterday, which has revealed positive [for coronavirus] this morning,” French national football team head coach Didier Deschamps told in a news conference.

Deschamps said that he “had to replace him with Eduardo Camavinga”.

Rennes defensive midfielder Camavinga, 17, previously played for France’s under-21 team in 2019 and is set to make his senior debut for Les Bleus (The Blues).

Pogba, 27, is one of the integral parts of France, winning the 2018 FIFA World Cup with his nation.

Playing in the center of the park, Pogba scored 10 goals in 69 caps for the French national team since 2013.

France will visit Sweden in the UEFA Nations League group match on Sept. 5.

On Sept. 8, Les Bleus will host Croatia in another Nations League match in Saint-Denis.