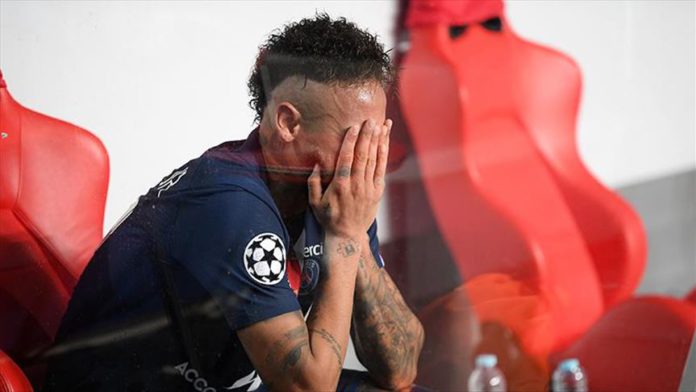 Paris Saint-Germain’s UEFA Champions League loss to Germany’s Bayern Munich last weekend marks the latest instance where a French football club has been unable to break a long-running jinx in the UEFA final.

The French powerhouse, which made its maiden appearance in the Champions League final, was beaten 1-0 by Bayern to complete this year’s tournament as the finalists.

Marseille are still the only Champions League winners from France.

After Marseille’s victory, another French club, Monaco, played in the 2004 Champions League final. But Portugal’s Porto were crowned the 2004 champions over a 3-0 win against Monaco in Gelsenkirchen, Germany.

No French clubs were able to reach the final stage of the Champions League until 2020, when PSG did it.

At the club level, France has always grabbed silver medals in the active UEFA competitions (Champions League and Europa League) since 1993, when Marseille lifted the Champions League cup.

Olympique Marseille played three finals in the tournament in 1999, 2004 and 2018 but had to settle for silver medals.

Italian team Parma beat Marseille 3-0 in 1999. The competition was called the UEFA Cup at the time.

In the 2004 final held in Gothenburg, Sweden, Marseille were beaten by their Spanish opponents Valencia 2-0 to finish second in the UEFA Cup once again.

Marseille faced Spanish club Atletico Madrid in the 2018 UEFA Europa League final in the French city of Lyon, but the French team lost this one as well.

Another French club, Bastia, were the 1978 UEFA Cup finalists following a 3-0 defeat in a two-legged final against Dutch team PSV Eindhoven.

France’s Bordeaux were beaten twice by Bayern Munich in the 1996 UEFA Cup final.

The German powerhouse won the first leg 2-0 in Munich and then secured a 3-1 victory in the second leg in Bordeaux to win the title.

Unlike the French clubs, France’s national team has added major cups — including the FIFA World Cup — to their trophy cabinet in every decade since the 1980s.

In 1998, France, which was the host nation of the World Cup, beat South American powerhouse Brazil 3-0 in the final held at Stade de France, Saint-Denis.

It was the first time that France claimed the World Cup.

In addition to their World Cup triumphs, France won continental championships in Europe twice (1984 and 2000).

The French national team beat Spain 2-0 in the UEFA EURO 1984 final in Paris, lifting its first-ever major trophy in football.

The EURO 2000 final was one of the most dramatic finals in the tournament’s history as France came back from a 1-0 deficit against rivals Italy to win the match 2-1 in Rotterdam, the Netherlands.

Italian forward Marco Delvecchio broke the deadlock in the 55th minute with a close-range finish to make it 1-0 for his nation.

Near the end of the match, France took risks as French forward Sylvain Wiltord netted an injury time equalizer with a left-foot strike to encourage ‘Les Bleus’ and shock the Italians, who had been waiting for the final whistle.

France won the showdown in Rotterdam thanks to the golden goal rule as forward David Trezeguet fired into the roof of Italy’s net in extra time.