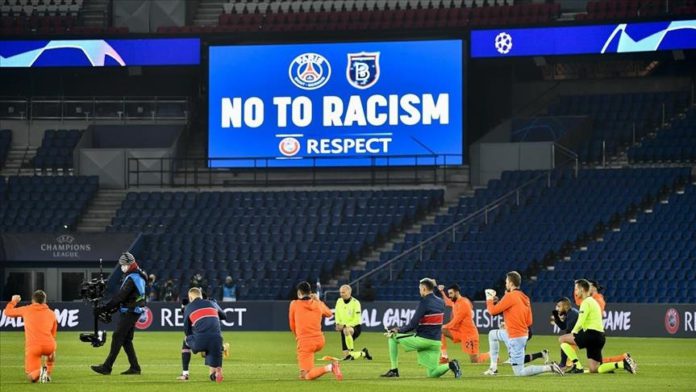 “I salute the attitude of two teams [Paris Saint-Germain and Medipol Basaksehir], who took a strong and exemplary decision by leaving the pitch,” French Football Federation (FFF) chairman Noel Le Graet said in a statement.

The game on Tuesday between France’s Paris Saint-Germain and Turkey’s Medipol Basaksehir was paused after an alleged racist remark targeting the Turkish club’s technical staff.

Following the incident, Basaksehir’s chairman Goksel Gumusdag said that the Turkish team would not return from dressing room.

Tuesday’s suspended match in Paris’ Parc des Princes Stadium resumed Wednesday as Paris Saint-Germain had a 5-1 victory to win their group, qualifying for Round of 16.

“These unacceptable incidents do not have place in a stadium,” Le Graet said, adding that the UEFA investigation would enlighten the incident.