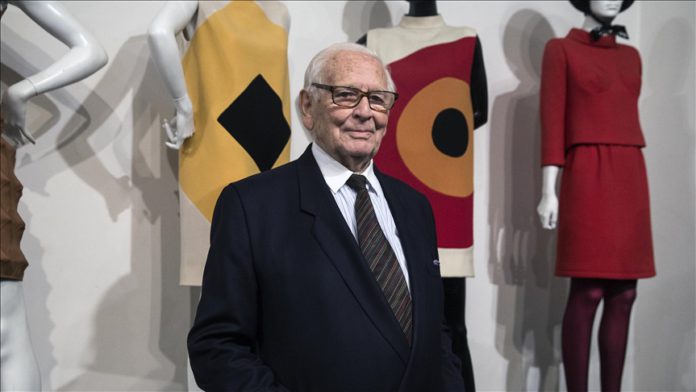 Iconic fashion designer, Pierre Cardin, known for his avant-garde style and geometric, space-age designs passed away at a hospital in Neuilly, west of Paris, on Tuesday. He was 98 years old.

“Day of great sadness for all our family, Pierre Cardin is no longer,” a statement from the family stated, BFMTV reported. “We are all proud of his tenacious ambition and the daring he has shown throughout his life. A modern man of many talents and inexhaustible energy, he joined the flow of the world very early on the globalization of goods and trade.”

The Italian born, naturalized French courtier, established his label house in 1950, starting with a clothing line for women and men. He infused haute couture in ready-to-wear fashion, with the now legendary bubble dress.

Cardin was designated UNESCO Goodwill Ambassador in 1991. He helmed several humanitarian projects including campaigns for the victims of the Chernobyl nuclear disaster victims.

In September this year, he had celebrated the 70th anniversary of the house of Pierre Cardin in Paris.