TurkishPress
Home News French economy due to bounce back in Q3 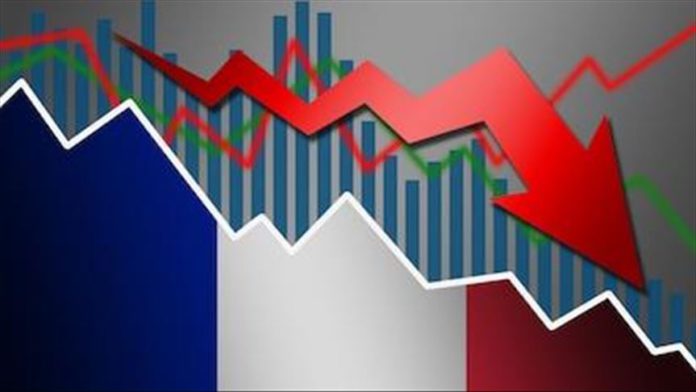 France’s National Institute for Statistics and Economic Studies released Tuesday official data showing the French economy will bounce back in the third quarter, predicting 17% growth after shrinking by 13.8% over the second quarter of the year.

An estimated 25.5 million people make up the workforce in France, out of a total population of 67.06 million, while unemployment stands at 7.1%. During the second quarter of this year, 215,200 job losses were recorded due to the pandemic shutdown and closing of businesses — 158,200 of those in the private sector and 57,100 in the public.

Some 326 people remain in intensive care out of 1,898 in hospitals nationwide. There are 562 clusters of infection throughout departments which presently remain under active investigation, up by 58 over the past 24 hours, according to the latest statistics reported by the French Health Ministry.

Worldwide, more than 27.36 million cases of COVID-19 have been reported so far, with the death toll standing at just over 893,300, according to the US-based Johns Hopkins University.

The government has remained extremely cautious over the spread of the virus, imposing the mandatory wearing of masks both indoors and out throughout the capital, with prefects imposing similar measures in other large cities, like Nice, Marseille, Lille, and Strasbourg.

As of Sept. 1, masks became compulsory in offices as well, the exception being those with large distances between desks, solitary professionals, or for those who work outside. The new health protocols were outlined in a paper issued by Labor Minister Elisabeth Borne.