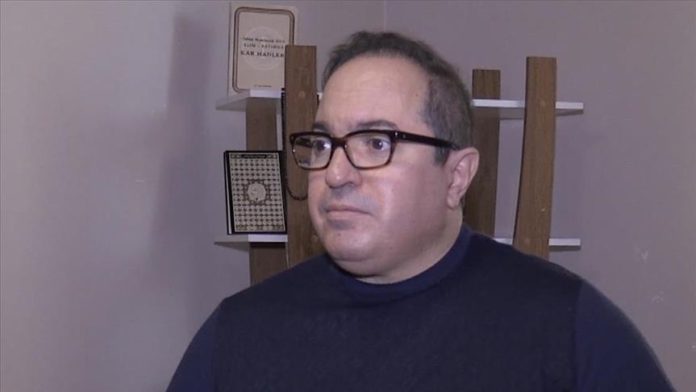 Facing difficulties in France due to his culture and religion, French anesthesiologist of Algerian origin Dr. Zeki Tuvati, has decided to settle in Turkiye and practice his profession there.

Tuvati, who has lived in Paris for nearly 20 years, said he decided to relocate from France to Turkiye after receiving an equivalency diploma.

“It is very difficult to live Muslim traditions in France. Religion is very important in my life. That’s why I decided to leave France,” Tuvati told Anadolu Agency.

“I just thought about which country I should choose. The most important thing is to be a Muslim country. Apart from that, I wanted a good economy and a good life. That’s why I chose Turkiye.”

Visiting Turkiye before taking the decision to settle there, Tuvati said, “I love Turkiye very much, it is a Muslim country and it has all the features I am looking for.”

Moving along with his family to the city of Istanbul, the French anesthesiologist said he enrolled his children in Turkish schools and that he was looking forward to working as a doctor in Istanbul after receiving an equivalency diploma.

“My children now speak Turkish, but they did not forget Arabic,” he said. “We are adapting to the Turkish culture, but we do not forget the language and culture of Algeria, which is our culture.”

He continued, “If my children grew up in France, they would forget Arabic. They would only speak French, which is too bad for us.”

Speaking about his professional career in Turkiye, Tuvati said he plans to first pass some exams for an equivalency diploma.

Tuvati, who speaks English, French and Arabic, said he plans to deal with foreign patients coming to Turkiye in the future and inform them about the health system in the country.

Regarding the Turkish health system, Tuvati, who currently works as a doctor in a hospital in France for 15 days a month, said, “The health system in Turkiye is no different from France.”

“I like Turkish hospitals very much. There are very developed equipment,” he said. “For me, it is not much different [from Europe], the procedures are the same.”

Saying that he started learning Turkish by himself, Tuvati said, “I was keen to learn a new Turkish word every morning until I started to build sentences by myself.”
“I speak Turkish with the Turks who come to my hospital in France. They become very surprised when they hear me speaking Turkish.”