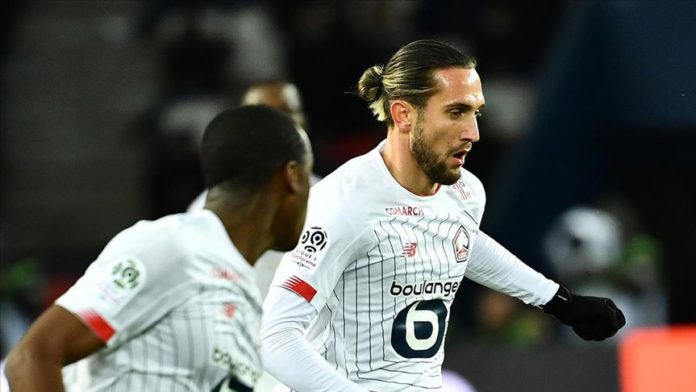 French clubs have started to invest in Turkish players in recent years as many Turkish talents completed their move to France’s top division, Ligue 1, in the summer transfer window.

The number of Turks playing in the French leagues grows and some players already became key players for their clubs. Burak Yilmaz along Mustafa Kapi joined Yusuf Yazici and Zeki Celik this summer to compete to be Lille regular in Ligue 1.

Paris Saint-Germain academy product Metehan Guclu, a youth international for Turkey, moved to Rennes on Aug. 2019 after playing one game for PSG. Guclu joined Ligue 2 side Valenciennes from Rennes on a season-long loan deal this summer.

The 19-year old young defender Cenk Ozkacar added his name to the list of Turkish players who will make appearances for the French clubs. He moved to Olympique Lyon from the lower division Turkish side Altay.

Many Turkish players have been targeted by the French clubs and there are some reasons for them to show interest to Turkish leagues to bolster their squad.

Speaking to Anadolu Agency, French football expert Jonathan Johnson said France, generally, does not have the same economic strength as the likes of England, Spain, Italy, and Germany.

”Therefore, French clubs have to look to other European leagues for players at sensible prices that they can develop and then sell on,” he said.

For this reason, French clubs are increasingly eager to buy more Turkish players as Turkey exports young talents with reasonable fees over the last few years.

Turkey has increasingly supplied many players to several European leagues as the future of Turkish youth development is bright with new talents in the academies and the country also has one of the largest young population compared to European nations.

Lille have the highest number of Turkish players in France and sporting director Luis Campos is a key figure behind the club’s new transfer strategy.

“Luis Campos is an expert at finding good value in expected places. He has been scouting in Turkey and Romania, for example, and has said in the past that he favors transfers which cost lower than €10 million ($11.6 million). Clearly, he feels that there is untapped talent in Turkey, which is why he has been shopping there in recent years. His signing of Celik has been successful, encouraging him to return to Turkey for more players,” Johnson said.

Turkish international right-back Zeki Celik, 23, has been linked with some Premier League clubs including Tottenham Hotspur after recording an impressive form for Lille by making 8 assists in 73 games since 2018.

Johnson believes that Turkish players have the potential to succeed in Ligue 1.

”Ligue 1 is a very physical and tactical league, which provides good preparation for a move to the Premier League, La Liga, Serie A or the Bundesliga. Ligue 1 can provide a stage for Turkish players to shine and then be bought by financially stronger clubs,” he said.

Johnson stressed that Turkish imports regularly have the raw skills needed to succeed in France, but they have not been exposed to the same physical and tactical levels that they experience in Ligue 1.

”Consequently, consistency becomes key and some players take longer to adapt than others. For example, due to his high level of experience, I expect Burak Yilmaz to adapt more easily than Mustafa Kapi, although having a growing Turkish contingent will help all of the players adapt to French culture.’’

Yilmaz scored one goal in five matches this season.

Mustafa Kapi has much potential, Yusuf Yazici needs to find some consistency

Mustafa Kapi,18, is another Turkish player in Lille, moved to the French side from Galatasaray. Turkish midfielder became the youngest player in Galatasaray’s history when he made his debut at the age of 16 in 2018.

Lille’s biggest Turkish signing was Yusuf Yazici, a talented midfielder, who moved to the French side from Trabzonspor for a €16.5 million ($18.4 million) fee in 2019.

But, Yazici could not find the chance to showcase his talents as he suffered from a major knee injury.

”Obviously, it was not an ideal debut season for Yazici,” Johnson admits.

“The good thing about a project like Lille’s is that the players are constantly being moved on, so there is always a fresh opportunity for players to re-establish themselves. This season will be key for Yazici and if he can find some consistency, he could enjoy success with Lille. Long-term, the aim has to be to develop into a regular starter, to maintain his place in the national team, and to fetch a profit if another club buys him.”

However, for Johson, Kapi has the highest potential among Turkish players as he will be able to adapt the French football faster because he already has fellow Turks in the Lille squad.

”I also think that Kapi and Ozkacar could benefit quickly by going on loan and playing regularly at the same level as Meras and Ersoy, who impressed Paul Le Guen during his time in Turkey with Bursaspor. Yazici needs to rediscover his form, while Yilmaz is probably too old to make another big move. Zeki Celik will probably move on sometime soon, with Tottenham Hotspur’s Jose Mourinho a big fan, so I think it will be between him and Kapi to be the biggest success stories from this current group.”