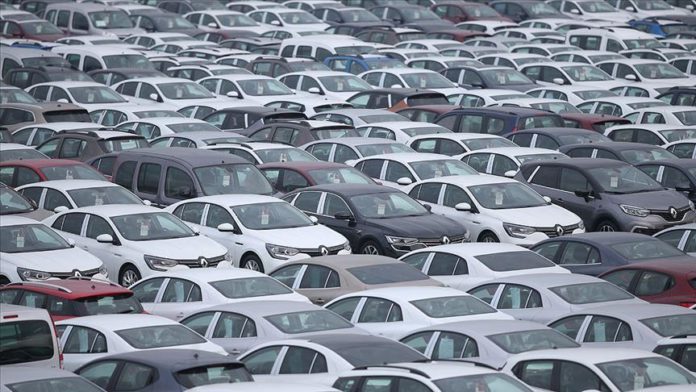 France’s biggest automobile manufacturer Groupe Renault announced Friday an aggressive plan to cut costs by more than €2 billion ($2.23 billion) over three years and slash 15,000 jobs worldwide, 4,600 of those in France.

The move for the company is huge as April losses from the coronavirus crisis caused an unprecedented 90% drop in the French car market for new vehicles.

In a Friday morning press conference, Groupe Renault Chairman Jean-Dominique Senard and CEO Clotilde Deblos announced plans to rebuild “the sustainable foundations of Renault.” The plans had been presented to Renault’s board Wednesday evening.

“Every decision for saving has been very thoroughly made. We have thought of our employees because we know these decisions could disturb them,” said Senard. “But the kind of crisis we have come through forces us to act.”

Senard highlighted the long industrial schedule, and the collapse of the markets, with their plan an offensive one, to return to competitiveness, profitability, and growth with efficiency a priority.

The company, located in Boulogne-Billancourt in the western suburbs of Paris, employs nearly 180,000 people in 39 countries. They are the ninth-largest company in terms of revenue in The Republic. Figures for 2019 show sales of 3.8 million vehicles in 134 countries worldwide. Groupe Renault includes the companies Renault, Dacia, Renault Samsung Motors, Alpine, and LADA.

“The draft plan to save €2 billion will be implemented over the next three years with the objective a very simple one: to rebuild the basis of financial performance that is most robust,” said Deblos. She added that the 2022 plan will tackle operational performance, not strategy; that will “rest on the shoulders” of Groupe Renault’s new CEO Luca de Meo, who assumes his post on July 1.

“The COVID crisis made the problems the company was having even more serious. The priority is the financial performance to generate enough cash flow to invest in the future,” Deblos said.

“Variable costs and price positioning ensures we are not dependent on sales volume.”

The planned cuts will also not affect the 22 vehicle launches scheduled over the next three years, Delbos said.

Both executives stressed that the group has no plans to close factories, but only four out of their 14 sites in France, facilitated in close collaboration with the group’s labor partners and local authorities. Those sites are Caudon in Brittany; Choisy-le-Roi near Paris; and Dieppe and Maubeuge in northern France.

The French government is the principal shareholder in Groupe Renault, holding a 15.01% capital stake (Nissan holds a 15% stake). On Tuesday, President Macron announced an €8 billion stimulus plan to aid the auto industry, part of which was a €5 billion state-backed loan for Groupe Renault. The loan will be concluded next week after final decisions on layoffs are made.

The group does plan redundancy packages for some employees, with others offered retraining or internal shifts to other jobs.

Groupe Renault had initially reported losses in February 2020, a first in 10 years, resulting in a €141-million deficit. The drop came as fallout from the arrest of Nissan CEO Carlos Ghosn just months earlier over gross financial misconduct. Nissan holds a 43% stake in Renault and forms an alliance with Mitsubishi.