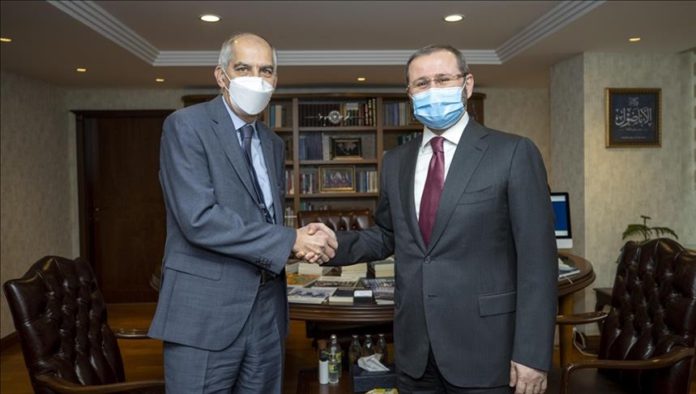 France’s new ambassador to Turkey on Thursday paid a visit to Anadolu Agency’s official headquarters in the capital Ankara.

By paying the agency a visit just after starting his tenure in Turkey, Magro said he hopes to help place relations between Turkey and France on a positive track.

Telling how the agency this year is celebrating its 100th anniversary, Kazanci also briefed Magro on its presence in Europe.

Kazanci also presented the envoy a set of deluxe illustrated books published by the Anadolu Agency, including Turkey from the Sky, The Presidents from Ataturk to Erdogan, and the Past Century in the World and Turkey.

Founded in 1920, Anadolu Agency is a leading global news agency operating across the world. It serves subscribers in more than 100 countries, including in the Americas, Europe, the Middle East, Asia, and Asia-Pacific.