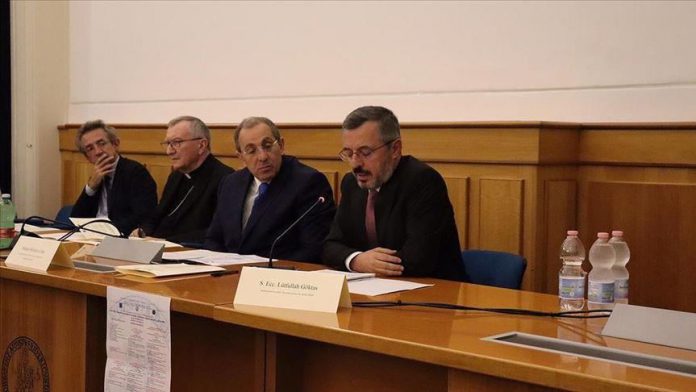 Freedom of religion is protected under the Turkish constitution, Turkey’s ambassador to the Vatican said Thursday.

Lutfullah Goktas was speaking at a session on ‘The role of ambassadors in relations with the Vatican’ as part of an international symposium held at Napoli Federico II University in Naples titled ‘1929-2019: Ninety years of relations between state and religious groups.’

Read more: 'Freedom of religion protected by law in Turkey'