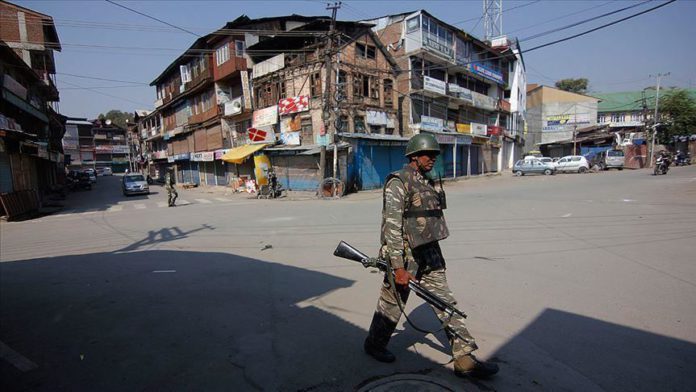 India’s bid to prosecute Kashmiri journalists suggests a “pattern of silencing independent reporting on the situation in Jammu and Kashmir through the threat of criminal sanction,” according to a report by three UN special rapporteurs.

The report, sent to the Indian government on May 12, documented the cases of four Kashmiri journalists over the past five months – Naseer Ganai, Gowhar Geelani, and Masrat Zahra, all of whom have been booked under an anti-terror law; and Peerzada Ashiq, who was been questioned twice about his stories.

“In this regard, we recall that penalization of a journalist solely for being critical of the government or the political system espoused by the government is incompatible with the State’s obligations under the international human rights law,” reads the report shared on the website of the Office of the United Nations High Commissioner for Human Rights (OCHCR) this week.

The three UN rapporteurs – on protection of the right to freedom of opinion and expression, arbitrary detention, and situation of human rights defenders – also expressed concern at the “apparent disregard for the prohibition on unlawful and arbitrary interference in the private life of individuals, and journalistic privilege.”

As examples, they cited the cases of Ganai, whose laptop and phone “were searched without a warrant,” and Ashiq, who was asked to reveal the source of one of his stories.

The UN investigators said the broad scope of the laws under which the journalists have been charged made them “easily amenable to abuse.”

They reminded the Indian government of its obligations to “respect and ensure the freedom from arbitrary arrest or detention and right to freedom of expression under the international human rights law.”

New Delhi did not reply to the report within the stipulated 60-day period that ended on July 12, as well as three others sent by UN rapporteurs on May 4 and Feb. 27 this year and Aug. 16, 2019.

In those reports, the UN officials raised concerns over allegations of torture, extrajudicial killings, arrests, and the communications blackout imposed in Indian-administered Jammu and Kashmir after New Delhi scrapped the region’s special constitutional status last August.

Indian-administered Jammu and Kashmir has been under a lockdown for almost a year, with human rights groups accusing the Indian administration of oppressing the people of the disputed region, especially since last August.