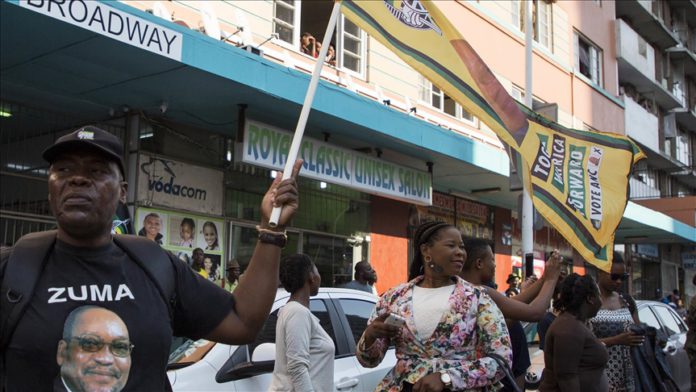 Protesters calling for the release of former South African President Zuma have burnt several trucks in KwaZulu-Natal province, an official said on Saturday.

Zinhle Mngomezulu, a spokesperson of the KwaZulu-Natal Road Traffic Inspectorate, said trucks were set alight in the coastal province between Friday night and Saturday morning.

She said one of the trucks was a dangerous goods tanker with highly flammable substance, while another was transporting luxury vehicles.

Video footage circulated online showed luxury Mercedes Benz and other high-end vehicles going up in flames on a truck trailer.

Supporters of the former president have blocked roads in parts of KwaZulu-Natal, his home province, since Thursday calling for his immediate release.

Last week, Zuma 79, was found guilty of “deliberately” refusing to appear before a judicial commission probing alleged corruption during his nearly decade in power.

He said he would not appear before the commission because its chair was not neutral and requested he recuse himself. But the judge refused to do so.

In the rare ruling, the Constitutional Court sentenced the former president to 15 months in jail for contempt of court. Zuma handed himself over on Wednesday night to officials at the Estcourt correctional services facility.

Protests have now spread across KwaZulu-Natal, which has the country’s largest harbor, and landlocked neighbors depend on. Most roads leading to the port city have now been blocked.

Police spokesman Briga. Jay Naicker said they have arrested at least 27 people for acts of disorder.

Meanwhile, in a statement, the Jacob Zuma Foundation said it is “deeply worried” about the impact the jailing of the former president is having on his health in the middle of ice cold winter. “This is very cruel & inhumane to a 79-year-old grandfather jailed without trial for asserting his right to be heard by a neutral Chair,” it said.

Earlier, it termed the protests “reactive righteous anger,” saying people are reacting to the “violent provocation” by incarcerating Zuma.

Besiktas book their place in last 16 of Turkish Cup