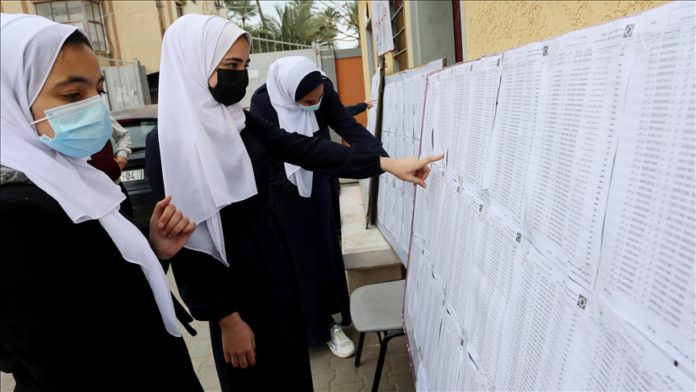 UN human rights experts Monday called on the Palestinian Authority and Israel to reschedule elections for the Palestinian presidency, legislature, and municipalities within a reasonable time to ensure “free, fair, democratic, peaceful, and credible” polls.

The Palestinian parliamentary elections had been scheduled for May and the presidential polls for July.

They were, however, postponed indefinitely on April 29 by Palestinian President Mahmoud Abbas due to concerns about Palestinians’ ability to vote in East Jerusalem.

“We are deeply concerned by the postponement of the scheduled elections in Palestine,” said the experts.

“The Palestinian elections present a monumental opportunity to renew the democratic process, to address the long-standing internal political divisions, to strengthen accountable institutions, and to take an important step towards achieving the fundamental national and individual rights of the Palestinian people,” the experts asserted.

“We call upon Israel to clearly state that it will allow the full democratic participation of Palestinians in East Jerusalem in the planned elections. As the occupying power in East Jerusalem, it must interfere as little as possible with the rights and daily lives of the Palestinians.”

They said that given advances in technology and remote and electronic voting, a variety of means to enable full democratic participation is available.

Rights of Palestinians in East Jerusalem

The experts noted that the Oslo Accords provide for the right of Palestinians in East Jerusalem to participate in Palestinian elections.

In 1996, 2005, and 2006 elections, Palestinians in East Jerusalem could participate, although not without considerable difficulties.

“The international community has repeatedly stated, through the UN Security Council and the General Assembly, that all Israeli alterations to East Jerusalem’s demography and to its political and legal status are null and void,” they said.

The rights experts called on the Palestinian Authority to reschedule the elections for new dates very soon.

When these elections are held, the democratic rights of voters, candidates, political parties, and participants are to be fully respected by all, including the occupying power, they said.

The special rapporteurs called on the Palestinian authorities who have established the upcoming election rules to remove any legal barriers inhibiting the full participation of Palestinians in the democratic process.

“We are disturbed by some aspects of the eligibility rules for individuals and political lists who would wish to become active in the Palestinian elections,” said the experts.

They said the requirement that each political list pay a $20,000 registration fee, and those candidates working in the public sector, for international organizations, and in civil society must resign from their current jobs to run appear to create unjustified obstacles.

Turkey only aims to protect its rights: President