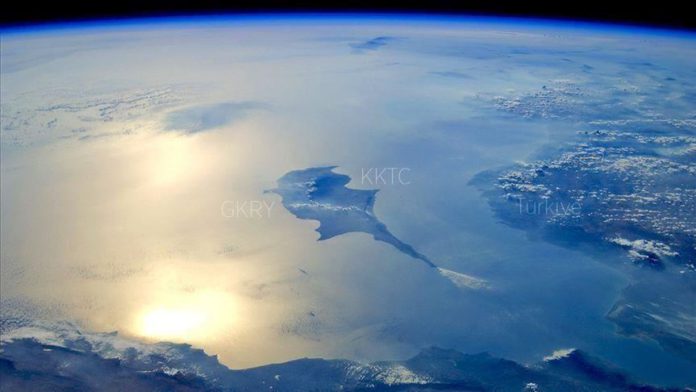 Mutual negotiation and frank dialogue can resolve tensions between Turkey and Greece as friction increase in the Eastern Mediterranean, according to experts.

It is possible to observe from past examples and a constructive approach that the situation will stabilize and deliver a solution to Turkish-Greek relations, Mehmet Hasguler, deputy chairman of the Higher Education Planning, Evaluation, Accreditation and Coordination Council (YODAK), told Anadolu Agency.

Tensions have recently escalated regarding energy exploration in the Eastern Mediterranean.

Greece, with France’s support, disputes Turkey’s energy exploration and is trying to box in Turkish maritime territory based on small islands near the Turkish coast.

Turkey, the country with the longest coastline on the Mediterranean, has sent drill ships with a military escort to explore for energy on its continental shelf, and said Ankara and the Turkish Republic of Northern Cyprus (TRNC) also have rights in the region.

“It is possible to say that the failure of these two countries to have a dialogue is due to the provocations of non-regional actors rather than their internal dynamics,” said Hasguler.

If talks start instead of tension in the region, solving Cyprus conflict would be easier, he added.

The decades since have seen several attempts to resolve the Cyprus dispute, all ending in failure. The latest one, held with the participation of guarantor countries — Turkey, Greece and the U.K. — ended in 2017 in Switzerland.

Therefore, it is possible to achieve reconciliation if Turkish-Greek dialogue continues on the basis of “there is nothing that cannot be compromised or reconciled, the important thing is intent,” said Hasguler.

Being an instrument for the interests of non-regional actors does not fit Greece or Turkey, according to Hasguler, but he said, “It is possible to find a solution and a dialogue, unless our natural rights and interests in our sea are read through the intentions and interests of other actors. The opposite means watching the game set by other players on the sidelines.”

As an international relations professor, Hasguler said the perception that the tension is based on the Oruc Reis drilling vessel, is only a psychological factor and competition for hegemony in the Eastern Mediterranean is what lies behind.

Tensions in the region have been high since Turkey resumed energy exploration in the Eastern Mediterranean last month, after Greece and Egypt signed a controversial maritime delimitation deal, spurning Ankara’s goodwill gesture to halt a previous search.

Despite opposition from Greece and other countries, Turkey has repeatedly extended its research vessel Oruc Reis for energy exploration in an area within Turkey’s continental shelf, with the latest announced Aug. 31 to last until Sept. 12.

He said the main issue for Greece to increase tension in the region is France’s support because of its own interests.

“Macron’s alliance with some EU member countries against Turkey on the Eastern Mediterranean issue can read as imperial nostalgia,” he said.

Tensions will not end without mutual negotiations and agreement but will escalate with moves such as seismic research activities, military exercises and NAVTEX (navigational alert) declaration, according to Huseyin Isiksal, an international relations professor at Near East University.

Isiksal said the Oruc Reis, Turkey’s fourth vessel, withdrawing from the region after it completed its task would temporarily reduce tensions between the Turkish and Greek sides.

“It seems unlikely that this tension will end in the medium or even short term,” he said. “The main reason for this is that the thesis put forward with maritime jurisdictions by the two sides clash very seriously,” he said.

“On the other hand, neither Turkey nor Greece have not officially and legally declared the continental shelf they claim. This fact actually keeps the door to negotiation open.

“As a matter of fact, the world public opinion is also largely in favor of solving the problems of both sides through dialogue,” he stressed.

For Isiksal, the problem is that Turkey wants to bring all disagreements in the Aegean and Eastern Mediterranean to the negotiating table but Greece wants to only negotiate maritime jurisdiction determination.

According to Greece, all other problems must be resolved by international courts such as the International Court of Justice, he said.

“This precondition naturally shows that the Greek side’s call for dialogue is not sincere. For a healthy negotiation process, both sides should come to the table without any preconditions,” he added.