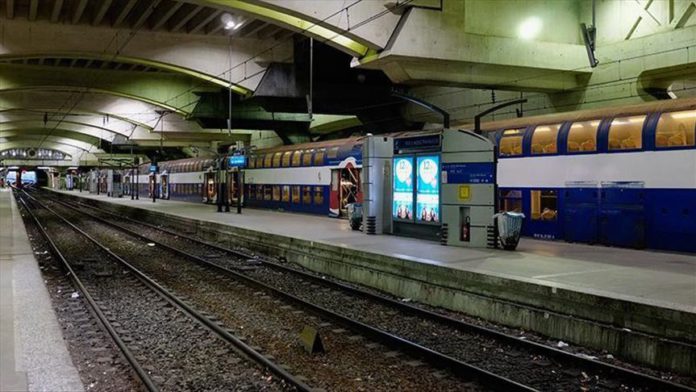 France’s most powerful labor unions called for a strike and protest on Thursday to denounce the job losses during the pandemic and demand wage increases as well.

The “national day of inter-professional action” will take place over many of France’s major cities.

In Paris, the demonstration will initiate at the Place de la Republique and head towards Place de la Nation.

The union membership includes railway workers in inner-city rail systems and commuter trains that wind throughout the countryside.

In a Tuesday news conference, Secretary-General of CGT Cheminots — the railway workers — Laurent Brun emphasized that the indignation that had fueled months of protests at the end of 2019 and earlier this year have not abated.

“The anger, which was pre-existing at the [national rail authority] SNCF last year and at the beginning of the year, is re-emerging. The prospects given to the railway workers, for the moment, are zero. We don’t see where we’re going.”

France’s two national railway systems, the state-owned SNCF, and public transport company RATP, responsible for metro trains within cities, cite some delayed traffic. The SNCF said in a press release Tuesday that it would be “almost normal” on most lines.

The RATP had cited “normal” traffic, after the CGT had filed a strike notice earlier in the week, and a spokesman for RATP said the demonstrations would have “no impact” on movement of railways.

The unions’ unease reflects a broader worry on the part of many French people as both private citizens and entrepreneurs recover from months of lockdown and shuttered businesses.

The Labor Ministry issued news Thursday that over €225 million ($265.3 million) of fraud has taken place when it came to partial unemployment checks issued to date.

More than 50,000 payments have been made to companies and individuals suffering from the pandemic.

In speaking to France Info radio, Labor Minister Elisabeth Borne reported Thursday that 9,500 suspicions of fraud have been found and 440 criminal proceedings are in place. A total of €30 billion is budgeted for unemployment payments.

Approximately 9 million employees in France tapped into the system in April during the height of the crisis, while the figure dropped to 2.7 million as of July.