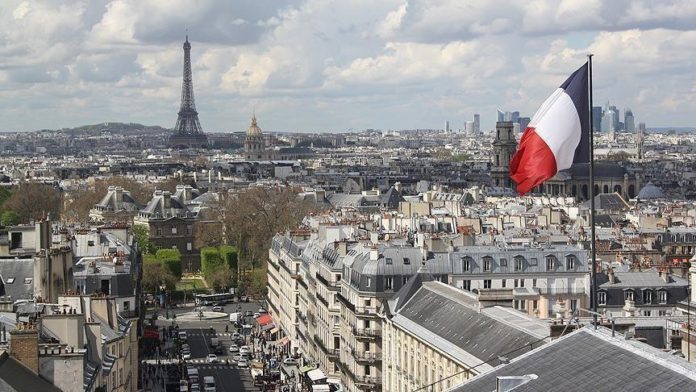 The controversial security law in France is being criticized for violating the press freedom and right to privacy as well as due to concerns of rising police violence in the country.

The draft law was passed in the National Assembly on Wednesday with 288 votes in favor, 104 against and 66 abstentions.

The text will now move to the Senate in January for examination.

The controversial bill prohibits and penalizes taking of photos of police and law enforcement personnel in the line of duty and disseminating those photos in the press.

It also allows the municipalities to increase the powers of the security forces, and the police and gendarmerie to use special surveillance devices.

Although the bill was initially prepared as a report by the members of the ruling party Republican March (LREM), founded by French President Emmanuel Macron, later LREM MPs Alice Thourot and Jean-Michel Fauvergue turned the report into a draft bill on Sept. 11, 2018.

The bill sparked multiple protests over the weekend as the police violence against journalists and protesters were recorded, which again led to heated debates over the new legislation.

Despite the protests, Interior Minister Gerald Darmanin defended the bill saying the security forces were in danger and the bill protected the police and gendarmerie from being targeted.

What does new security bill bring?

The first part of the security bill contains articles on the organization of security forces at the municipal level.

Article 4 particularly identifies situations which allows establishment of a special municipal security force that can immediately intervene in demonstrations and protests in Paris.

Articles 7 to 19 propose to structure and strengthen the private security sector.

The most controversial part of the bill includes Articles 20-27.

Articles 20 to 22 allow security forces to have easier access to surveillance footage and to use personal or drone cameras in social events or in operations.

At the heart of the controversy is Article 24, which defends law enforcement by prohibiting anyone from taking photos of officers in the line of duty and disseminating those images online and in the press. Violators may face a year-long prison sentence and a €45,000 ($53,530) fine. The article suggests that publishing images of the police officers would be illegal if there is an intent to harm the “physical or mental integrity” of the officer.

The 25th article of the draft law stipulates the removal of the restrictions on the security forces carrying their weapons in public, while the 26th article regulates the conditions for the gendarmerie to use weapons.

The 25th article of the draft law stipulates the removal of the restrictions on the security forces carrying their weapons in public, while the 26th article regulates the conditions for the gendarmerie to carry weapons.

The draft, which consists of 32 articles in total, contains details on the safety of transportation and road traffic in the 28th and 29th articles, while some articles include the details of the criminal law and the necessary arrangements in the relevant laws.

The Article 24 particularly caused heated debates and protests throughout the country, with many say this will restrict the rights of journalists and increase the police violence against them and allow the police forces to cover the violence up.

The Articles 20 to 22 also raised concerns about police surveillance.

The Reporters Without Borders says the term “intent” in Article 24 is too vague and open to interpretation, adding that it is hard to decide which situations would constitute “intent to harm”.

“Any photos or video showing identifiable police officers that are published or broadcast by critical media outlets or are accompanied by critical comments could find themselves being accused of seeking to harm these police officers,” the group said.

Claire Hedon, a human rights activist and an independent ombudsman, said the legislation poses “considerable risks” to the right to privacy and freedom of information.

Human rights defenders also warn that Article 20 of the draft law allows security forces to access personal camera footage more easily, which would lead to the violation of the EU commitments as well as Articles 2 and 8 of the 1789 Declaration of the Human Rights, which guarantee the respect for private life.