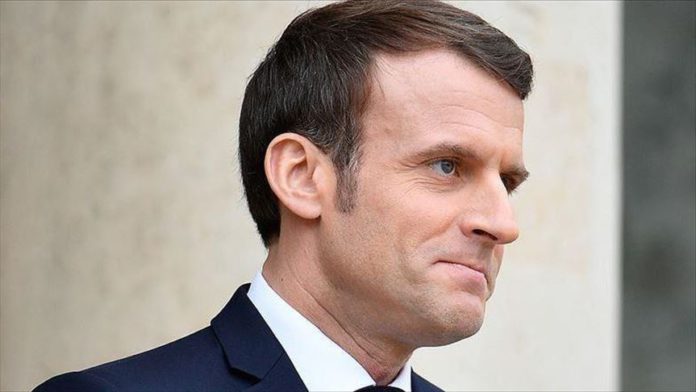 French President Emmanuel Macron visited a school Tuesday to meet teachers ahead of reopening nationwide next week as part of the government move to ease lockdown restrictions.

Education Minister Michel Blanquer accompanied him at Pierre-Ronsard school in Poissy, just outside of Paris.

On Sunday, a group of 332 mayors in the region wrote a letter to the president asking for a postponement of school opening to a later date.

They were concerned about the lack of preparation and resources in the face of COVID-19 that has claimed over 25,000 lives in the country.

Last week, Prime Minister Edouard Philippe revealed a school de-confinement plan that called for student return on a voluntary basis. Mayors in the region have called the current plan “untenable and unrealistic.”

In a television interview with France 2 held in one of the school classrooms after his visit, the president discussed the particularities of returning to classes.

“There will be another organization. Classes will be smaller, and the time will be organized differently,” he said, adding, “There will be the time when the children are at school in class, and then there will be a time when that will continue to be done remotely at home. We are going to have sports, good citizenship, and culture as well.”

Macron called for extreme caution as the lockdown is lifted but professed that he heard the concerns of both teachers and mayors. His goal was a strategic one and one that puts the children first.

“In the life of a child, staying two months at home is still very traumatic. All children who need to go back to school can find an open school at a suitable time.”

Elizabeth Kutas, head of the SNUipp union in Paris, expressed concern for the teachers.

“From one hour to the next, the teachers receive orders and counter-orders from the town hall and the rectorate. It is extremely worrying for them.”