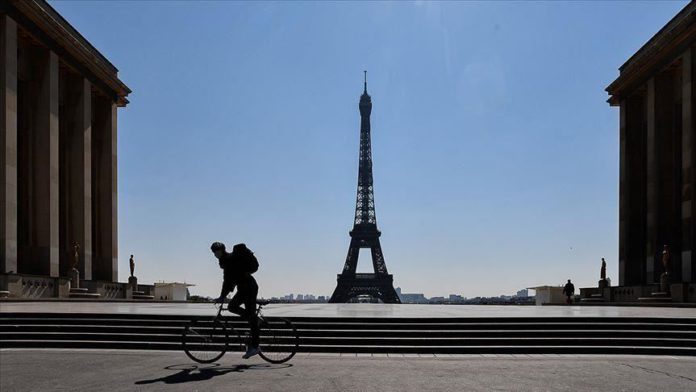 At its peak, France was seen as the epicenter of the coronavirus outbreak in Europe.

While its numbers have since improved, the country must still not only deal with the economic fallout of the pandemic, but also a virus that is still present and rearing its head in more regions than expected.

“There is a dynamic of circulation of the virus which worries us,” Health Minister Olivier Veran said at a press conference on Monday, adding in the same breath, “[But] We are very far from a second wave.”

This was the same day that France – on Veran’s orders – made it compulsory for people to wear face masks in all enclosed public spaces nationwide.

The minister is right to retain a conservative stance; there are currently 102 new active clusters under investigation throughout France.

Since last December, the virus has spread to 188 countries and regions worldwide, infecting more than 15.25 million people and claiming over 624,000 lives.

France’s death toll stands at 30,172, with cases of infection at 178,336 and recoveries at 79,957, according to statistics updated daily by the Health Ministry.

Reporting is, however, an inexact science, so the ministry has put in place methods to measure how fast the virus may be circulating.

One of them is the incidence rate, or number of people infected over a week out of groups of 100,000.

As of July 19, two departments had reached the alert threshold – Mayenne in the northwest and the overseas territory of Guyana.

Seven departments had exceeded the vigilance threshold – three in the Ile-de-France (Paris) region, two in the Grand-Est to the east, along with Finistere in Brittany to the northeast, and Mayotte, a territory in the Indian Ocean.

The reproduction rate, which is the average number of people that a person infects, should remain at 1, with anything above that found to be concerning.

In data reporting as of July 21, the rate exceeded 1.5 in three metropolitan regions – Brittany, the Grand-Est, and New Aquitaine – and stood at 2.26 on the territory of Reunion Island.

Hospitalizations and the number of patients in intensive care are a good indicator of the spread of the virus.

Although the former is not up, ICU admissions have slightly increased, reaching 78 in the week of July 20 from 73 the week before.

In light of the crisis, President Emmanuel Macron and his ministers have rolled out aid packages to assist every part of society, with their plans boosted by the €40 billion aid the president secured at the EU Council summit in Brussels this week.

It aims to support the approximately 700,000-800,000 young people expected to enter the labor market and to bolster companies reluctant to hire in the post-pandemic period, offering businesses various levels of bonuses for any person under 25 years hired between this August and next January.