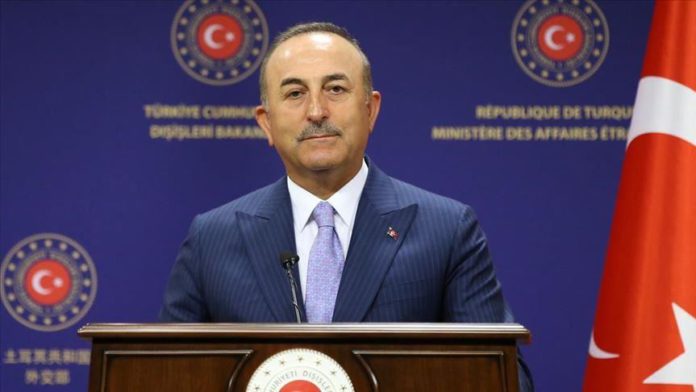 Turkey on Tuesday accused NATO-ally France of trying to increase Russia’s role in Libya, despite the fact that the alliance sees Moscow as a threat.

“NATO sees Russia as a threat on the hand, but NATO-ally France is trying to increase Russia’s presence in Libya on the other,” Foreign Minister Mevlut Cavusoglu said in a joint news conference with his Hungarian counterpart Peter Szijjarto.

“Even though we [Turkey] appear to be on opposite sides with Russia, we are working not to worsen the situation, but to achieve a cease-fire,” Cavusoglu added.

Cavusoglu went on to say that France supported “a putschist, a pirate, Khalifa Khaftar” in opposition to UN security council decisions, referring to the eastern-Libya-based renegade general.

Under a military pact with Libya signed last November, Turkey sent military advisers to assist in the battle against Haftar’s forces.

Haftar has been supported internationally by Russia, France, Egypt and the United Arab Emirates.