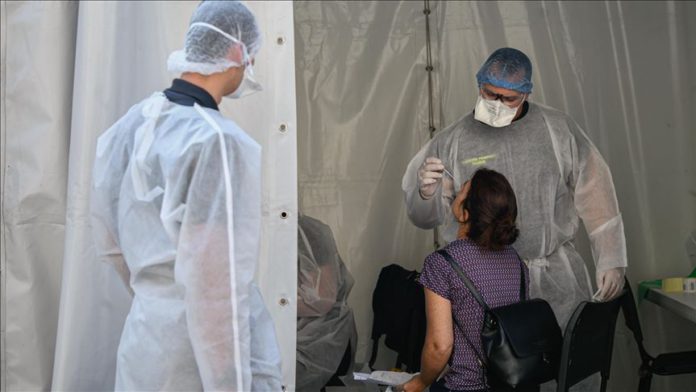 “The overall situation continues to deteriorate. If we do not take measures quickly, we risk reaching critical thresholds in some regions,” Olivier Veran said in his weekly coronavirus briefing.

With a hospital system under strain in the Ile-de-France region and southern cities seeing statistics escalate, a number of new health measures will be introduced, primary among them the establishment of three new zones in the country: alert zones, reinforced or enhanced alert zones, and maximum alert zones.

A total closure of bars and restaurants in both the Aix-Marseille region and the French overseas territory of Guadeloupe was announced by Veran as well, starting from Saturday for 14 days. These are the two zones placed on maximum alert.

Those cities placed in the reinforced or enhanced alert zones will be Bordeaux, Lyon, Nice, Toulouse, Saint-Etienne, Grenoble, Montpellier, Rennes and Rouen, along with the metropolitan areas of Lille and Paris and the inner suburbs of the capital.

In the enhanced alert zones, gatherings are now limited to no more than 10 people, and bars will be compelled to close at 10:00 p.m. starting from Monday. Local and student parties will be prohibited and conference rooms and multi-purpose rooms will also be closed.

The establishment of the zones follows on the seriousness of the virus’ circulation there, with no surprise that the high-risk places are those most populous cities. A total of 69 departments in France have exceeded the alert threshold already put in place by the government.

In maximum alert zones, visits to nursing homes will be by appointment only.

Earlier in the day, government ministers met in a defense council meeting to determine the new measures to stem the spread of the virus.

President Emmanuel Macron had made the announcement through a tweet Wednesday morning while traveling to a maternal and infantile protection center in Longjumeau, a suburb south of Paris.

The latest numbers from the Ministry of Health show nationwide cases of infection at 481,141, up by 13,072 over the last 24 hours. The death toll in France currently stands at 31,459 with 43 new fatalities since Tuesday.

Hospitalizations have doubled over the week and are now at 4,244, with 675 of those patients in intensive care.

The number of clusters of infection that are concerning has also risen substantially, now standing at 1,039, up by 70 in the last 24 hours.

Worldwide, the death toll from COVID-19 stands at over 973,500 in 188 countries and regions, with the number of infections at just over 31.7 million, according to the latest figures from US-based Johns Hopkins University. More than 21.7 million people have recovered.