TurkishPress
Home News France to resume all traffic to UK 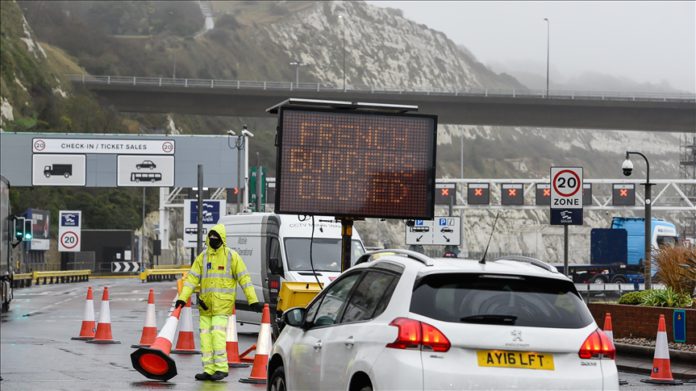 PARIS (AA) – France’s Transport Minister Jean-Baptiste Djebbari announced the resumption of traffic between France and the UK from Wednesday morning.

Djebbari tweeted on Tuesday that all transport by road, water and rail, including Eurostar trains, will resume service.

“French nationals, residents in France and those who have a legitimate reason must be provided with a negative test,’’ he said.

On Sunday, France suspended all traffic including passengers and goods for 48 hours, following the discovery of a new variant in the UK.

The decision had caused massive disruption of traffic with thousands of lorries and vehicles stuck between the channel tunnel at Dover and Calais. The ban had also threatened shortage of fresh food supplies to the UK during Christmas festivities.