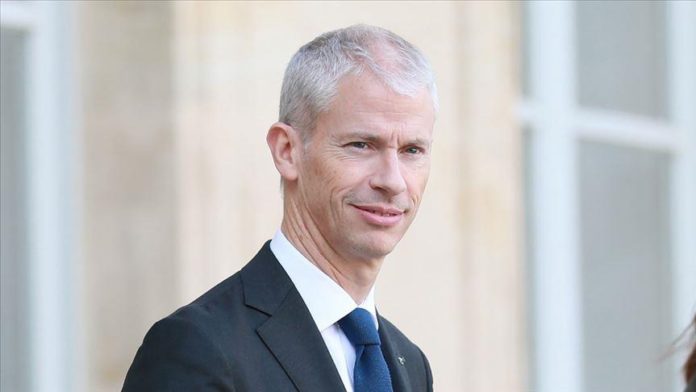 France will oppose the proposed investment agreement between the European Union and China over the use of forced Uighur labor, the country’s minister delegate for foreign trade and attractiveness said.

In an interview with LeMonde newspaper, Franck Riester said the proposed agreement is significant toward rebalancing investment with China, but there were several concerns that Beijing had not fulfilled “sufficient commitments” over international treaties.

China has imposed several restrictions against European investors and conditioned access based on joint ventures, technology transfers and local recruitment.

The EU, on the other hand, has demanded better market access, level playing fields, and respect for international environmental and labor standards.

For France to support this agreement, he added, there is a need for clear commitment in terms of sustainable development, in the field of the environment based on the Paris Agreement on climate change.

Beijing is also yet to ratify the International Labor Organization (ILO) convention prohibiting forced labor and this was a red line for Paris, he pointed out.

“We cannot facilitate investment in China if we do not commit to abolishing forced labor,’’ he said adding that other European countries like Belgium, Luxembourg, the Netherlands and Germany share Paris’s position.

“Trade agreements also serve as a lever to advance social issues, to fight against forced labor, in particular of Uighurs.’’

The Comprehensive Agreement on Investment (CAI) in question received an “in principle nod’’ this month after negotiations spanning seven years. The agreement is on the verge of being finalized in Brussels by the year end.

Riester’s statements objecting to the deal follow a hectic online campaign in France last week, initiated by activist Dilnur Reyhan, head of Paris-based Uyghur Institute, urging users to register their protest against the deal and tag President Emmanuel Macron, who had reportedly backed the agreement.

“It is unimaginable that Europe signs this agreement turning a blind eye to the ongoing genocide led by China against the Uighur people and in the face of the scale of concentration camps and forced labor camps.”

According to new evidence and revelations documented by US based think-tank Center for Global Policy in its December report, China has forced thousands of ethnic minority laborers in Xinjiang to pick cotton by hand under the “poverty alleviation” scheme.

On Dec. 2, the United States placed a Withhold Release Order on cotton produced by the Xinjiang Production and Construction Corps, an entity producing 33% of Xinjiang’s cotton.

UK hits back at EU’s accusation on slow talk progress