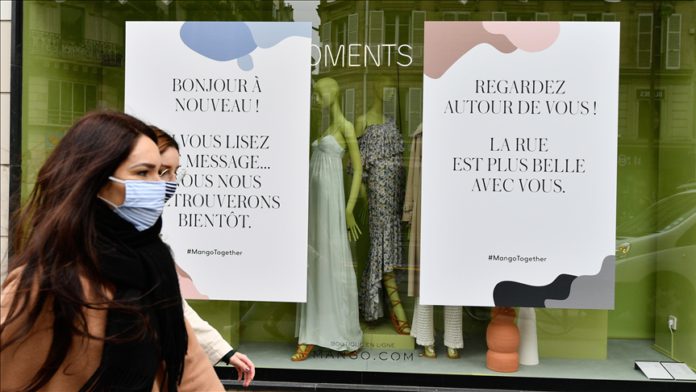 French Prime Minister Jean Castex announced late Thursday that the country’s coronavirus lockdown will be lifted as of Dec. 15 but would be replaced by a nightly curfew from 8 p.m. to 6 a.m.

The new measure is due to cases and hospitalizations that will not seem to budge despite the French being under a second confinement since Oct. 30.

Residents will be able to leave their homes during the day without an attestation as of Tuesday. The paper will be needed during the curfew if one has to leave the house for a specific reason. Exceptions will be made for professional and medical necessities or to tend to family needs.

The curfew will be lifted on Christmas Eve but will be back in place on New Year’s Eve.

Interior Minister Gerald Darmanin, who was also present at the press conference, said 100,000 police officers would patrol the streets that night to enforce the measure.

Movie houses, museums and theaters will remain closed for the next three weeks, as will restaurants, bars and cafes until their already scheduled re-opening on Jan. 20.

France is enduring a second wave of the coronavirus with numbers that have been trending downward over the past few weeks, albeit slowly. Infections Thursday dropped to 13,750 from 14,595 the day before. Total infections since record-keeping began in March stand at 2,337,966, according to the Ministry of Health.

Fatalities rose by a single case to 297. The official death toll since March stands at 56,940.

Hospitalizations fell by just two to 8,503. A total of 1,118 people remain in intensive care, down by 17 patients from the previous day.

The positivity rate in France remains steady at 6.4%.

Health Minister Olivier Veran also announced at the press conference that mass screening operations will start in certain municipalities across the country from Dec. 14. The cities of Le Havre, Charleville-Mezieres, Roubaix and Saint-Etienne had all reached out to the government for support, Veran related, as infection rates soared.

Worldwide, the death toll from COVID-19 stands at more than 1.5 million since the virus was first detected in Wuhan, China in December last year. The number of infections totals over 69 million, according to the latest figures from US-based Johns Hopkins University.

A vaccination campaign is set to roll out at beginning of the new year as soon as health officials receive doses ordered from the three major pharmaceutical companies in development.